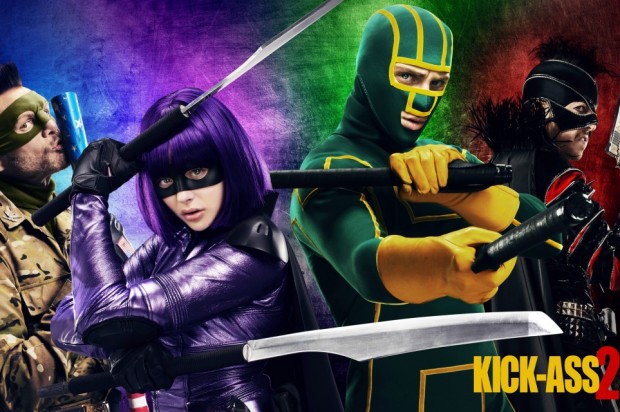 What I love about the Kick-Ass franchise is that these are not your typical heroes with super powers. They are your average Joe’s who stand up for justice and what is right in the world. Real human beings who dress up in costume to become whoever they want. Kick-Ass 2 gives us more heroes and more violence. But does that make it better than the first film?

Kick Ass 2 begins relatively close to where Kick-Ass left off. The Red mist is now desperate for revenge for what kick ass and his team did to his father. While Dave (Kick-Ass) and Mindy (Hit Girl) are attending high school. Kick-Ass 2 offers a much bigger cast this time around, so you have more heroes to choose from.

The film follows Dave and Mindy as they deal with both high school and being a vigilant hero. They must choose between a life of growing pains or being the vigilant hero. I like that they decided to take this direction with the film. It allows for a more in depth look at what it is like to be a hero. Dealing with society, keeping your secret away from others and knowing that you are a much better person on the inside. 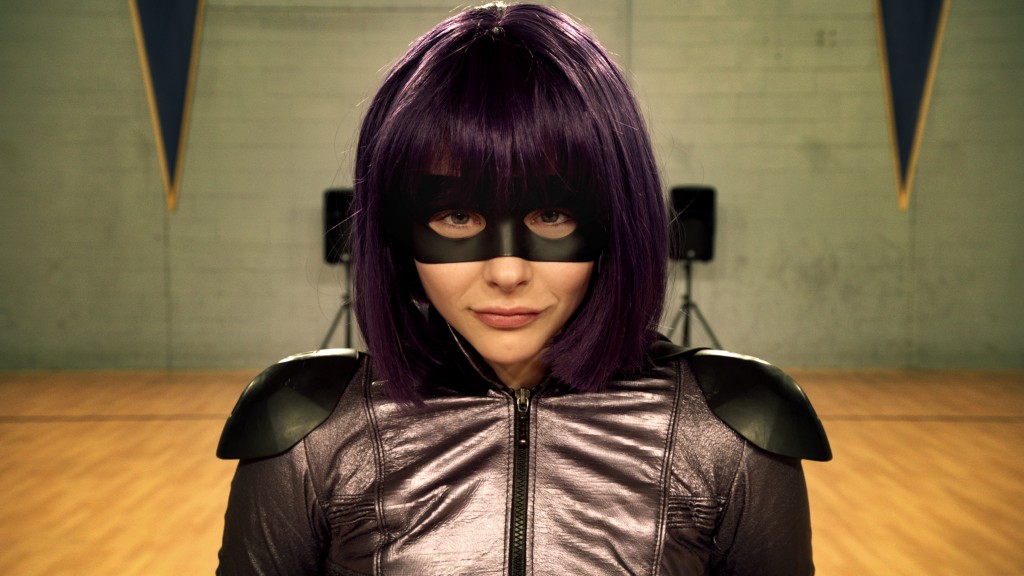 In Kick-Ass 2 the roles of leadership are switched between the characters of Mindy and Dave. Dave becomes the hero and replaces Nicholas Cage’s character (Big Daddy). He takes the leadership role and tries to put a team together but learns that there is much more than just being able to wear a costume. On the other hand Mindy has decided to leave the life of a hero and learn to become a child. Robbed from her childhood she does not know how to react to normal teenage drama and everyday situations. Mindy dealing with high school provides some of the funniest humor in the film. In the eyes of Mindy, dealing with high school is very similar to being a hero. Chris D’Amico, Red Mist or his new alias The MotherF*&ker, has far more screen time this time around. Not much has changed from the last film except that he seeks revenge for his family. He will do whatever it takes and no matter what the cost. Money is not a problem for him.

Kick-Ass 2 had some great comedy moments and a good cast of characters. Colonel Stars and Stripes, played by Jim Carrey, is fantastic new addition to the team. He adds a chaotic level and sometimes can be very cynical, but he always knows his rights and wrongs. Night bitch is also a great newcomer, however i feel she wasn’t involved as much as she could have been. With the addition of the new characters I would have loved to see the stories behind some of them. Seeing their lives and how and why they decide to become vigilant heroes. The film slightly touched on this subject but i felt that they could of gone deeper.  Developed the characters a little better for audience members to relate to. Often times they felt distant or I wanted to know more about their secret identity, their motivations of what drove them to become the hero or villain. 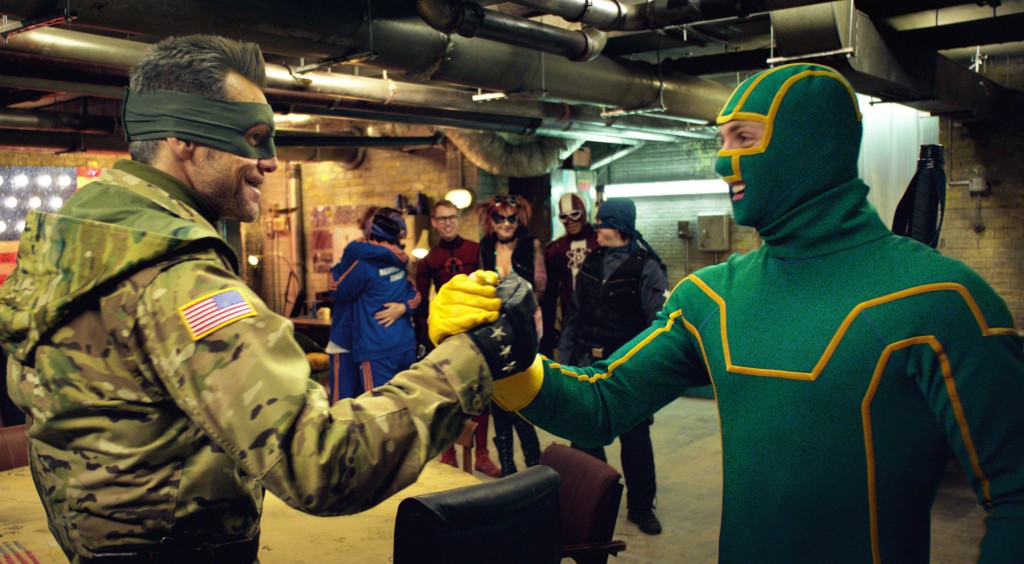 The overall experience with Kick-Ass 2 is entertaining. It is a great film that has a little bit of everything comedy, drama, and a good dose of violence. Their is some great acting scenes between Dave and his father. It allows for some great dramatic and hilarious scenes. Mindy also delivers some great acting with her new father figure Detective Marcus, who takes her under his wing. I found the film to very similar to its predecessor. So if you enjoyed the first Kick-Ass you will enjoy the sequel. Kick-Ass 2 is a pretty straight forward story of revenge. but the added scenarios of high school drama and new super heroes add a new element to the film. However, like i mentioned before, I love character background and would enjoyed seeing more of it. Especially with some of the more ridiculously names heroes and villains.

Kick Ass 2, a funny and entertaining film that will be an enjoyable and welcomed sequel. But lacks the character development from the previous film.

What did you think of the film? Let us know below.