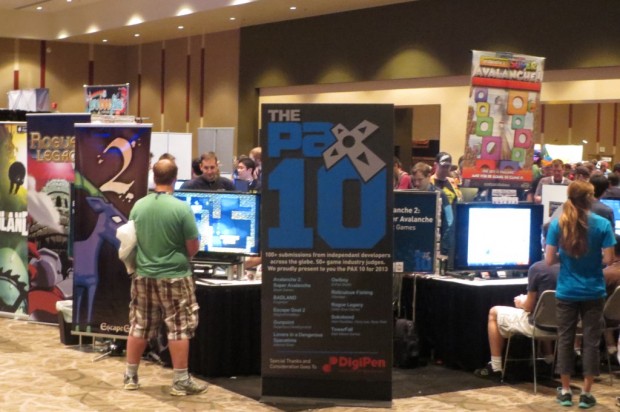 One of the best experiences at Pax is being able to go hands on with interesting new games from small developers. Including the PAX 10, there were 60+ games on the show floor and upstairs. Here are a couple that caught my attention and got the entire show talking.

CRYPT OF THE NECRODANCER

One of the most innovative uses of a DDR pad I have seen in a while. You are a dungeon crawler who explores to the beat of the music. The goal is to keep the beat while exploring and fighting monsters and dragons to gain combos and increase your score. Items are available for purchase including armor, upgraded weapons and magic spells. Let’s say you are low on health after fighting a poo monster. Well, you would then hit up and right at the same time to use your health potion which also counts toward the combo meter. If you enter a room and discover that you are about to get your ass handed to you by a pack of zombies, jump on left and right at the same time to use a fire spell destroying everything to your left and right. Drop down further into the dungeon and find a dragon waiting to ravage your face? Just hit left and down to freeze him and GET THE FUCK OUT OF THERE!!! Timing is HUGE in this game and does mean the difference between hitting a monster with your sword or being hit by the monster. Lose the beat and you will be hit. Repeatedly. You die. A lot. But the game is so much fun to play just because of the controls. Hell yeah I wanna dance and fight dragons, thank you for reading my mind. 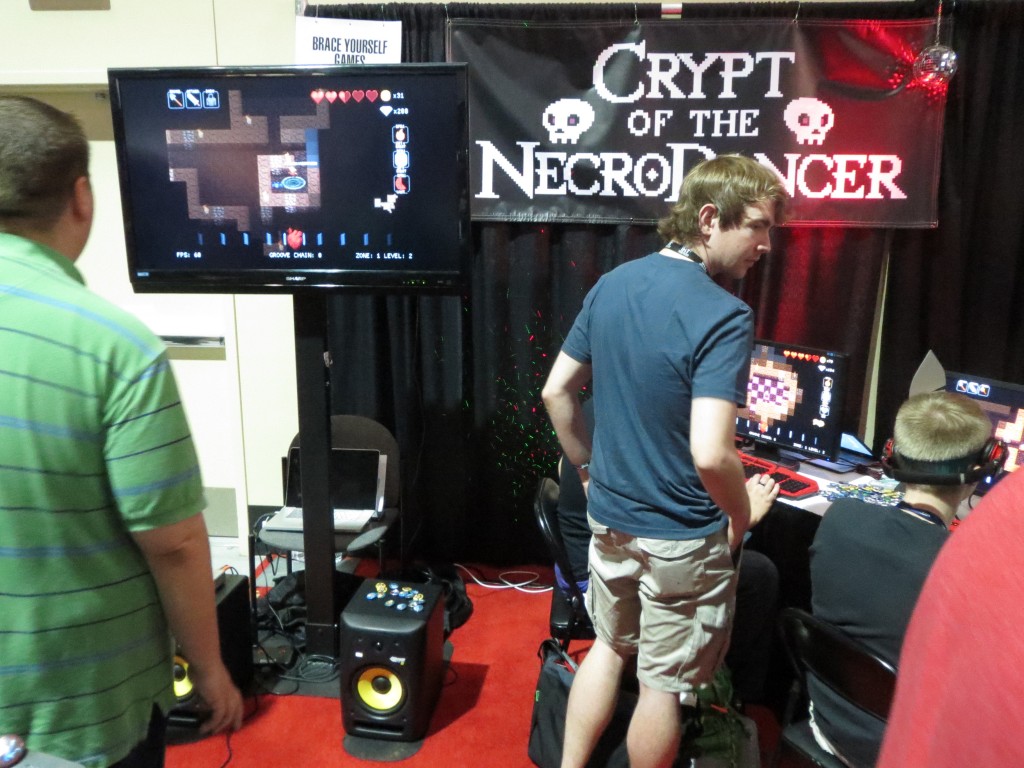 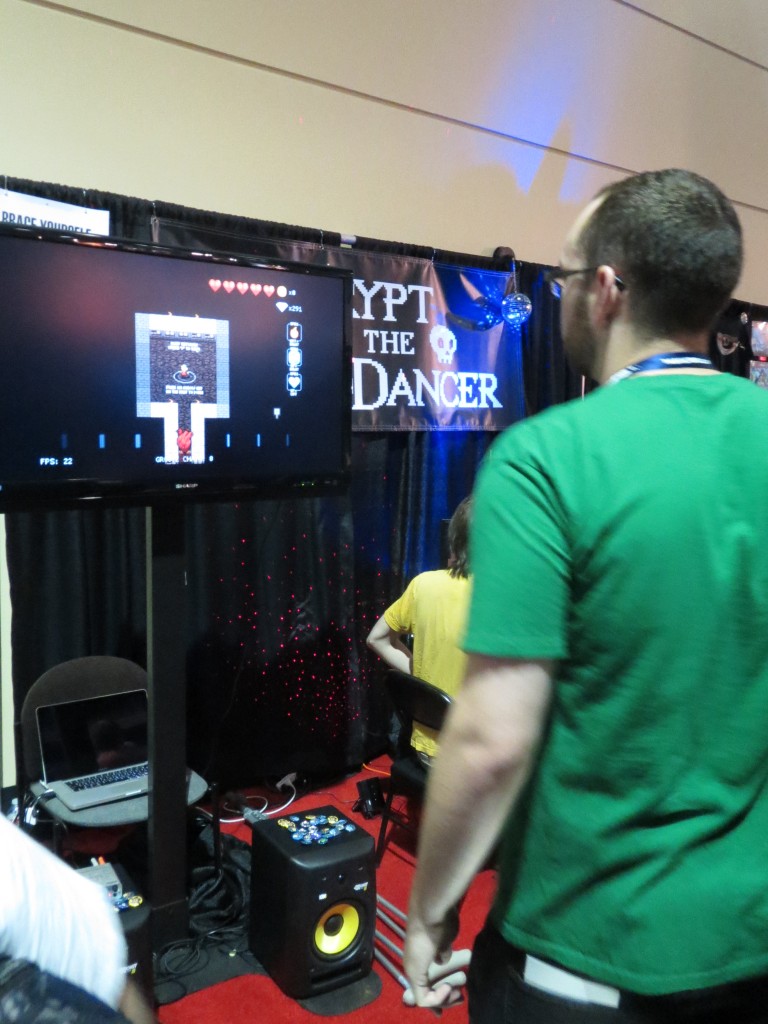 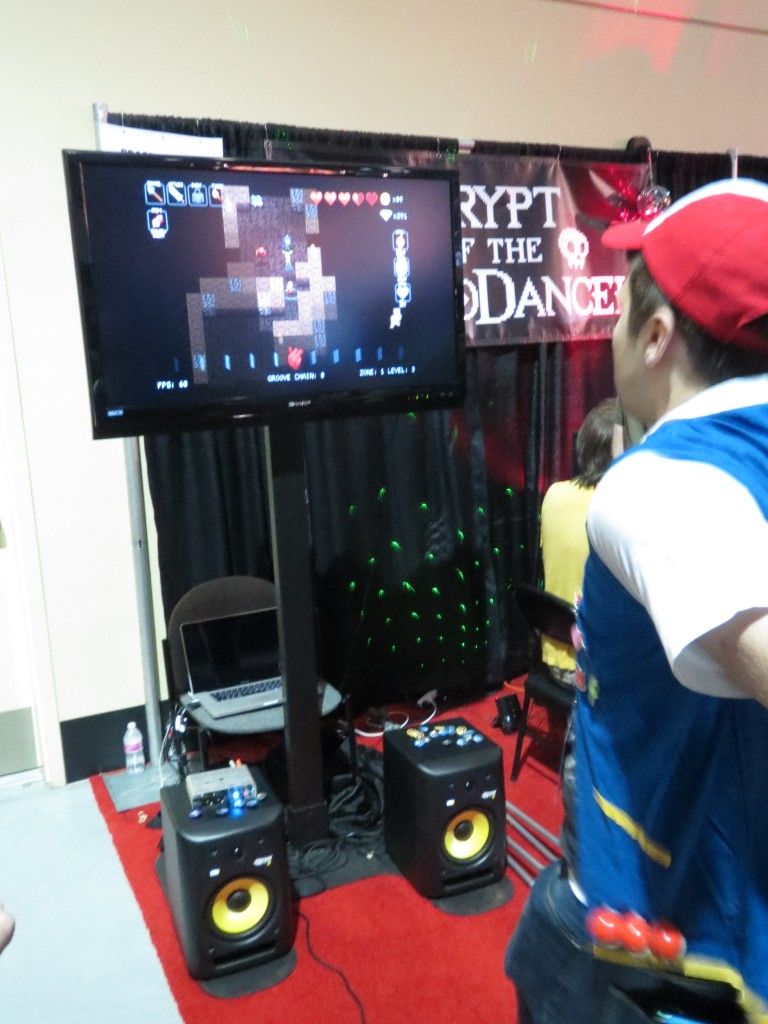 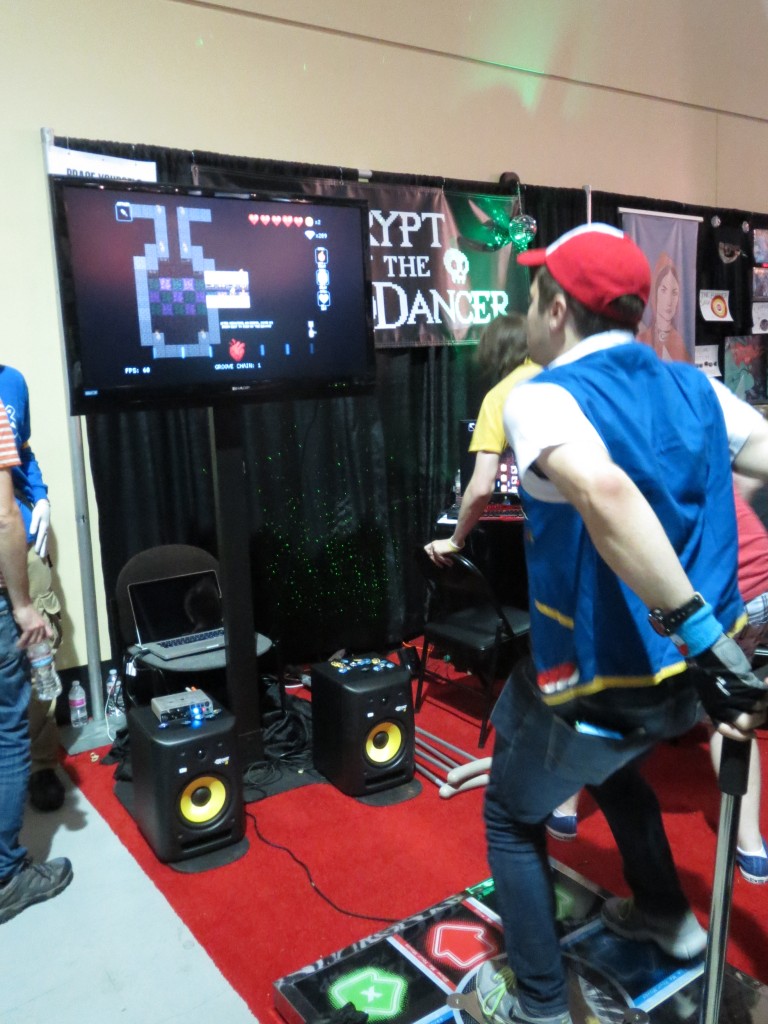 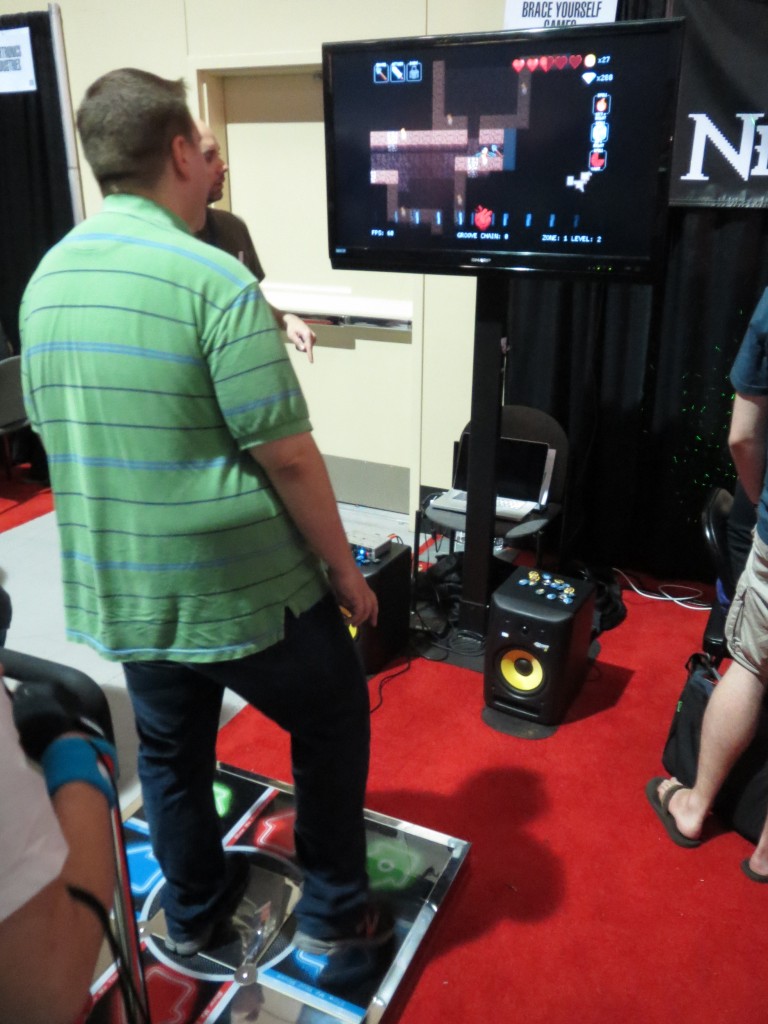 My first impression of Scale was that it was similar to portal. I was dead wrong. The mechanics of the game are quick to understand, but the amount of work that has been put into this game to have these mechanics work properly is incredible. The game does what its name says; you scale things. Your character has a machine on her arm that increases or decreases the size of objects. You use this to solve puzzles and find your way to the next level. I don’t think I can describe it much more so watch the video below for an example. 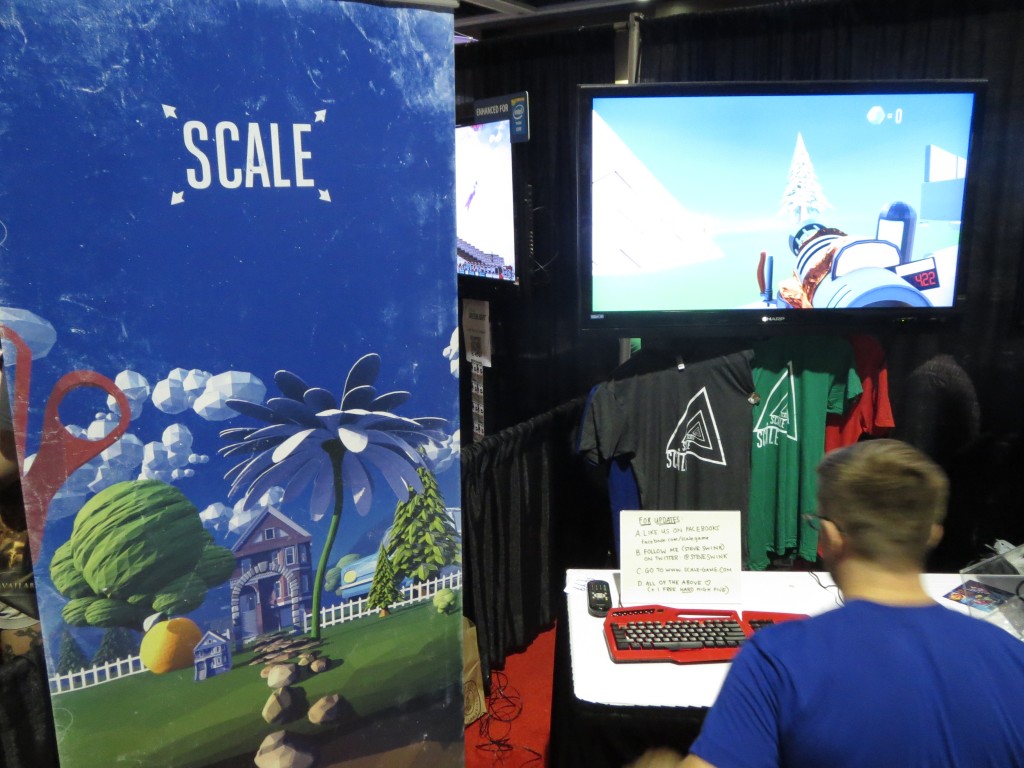 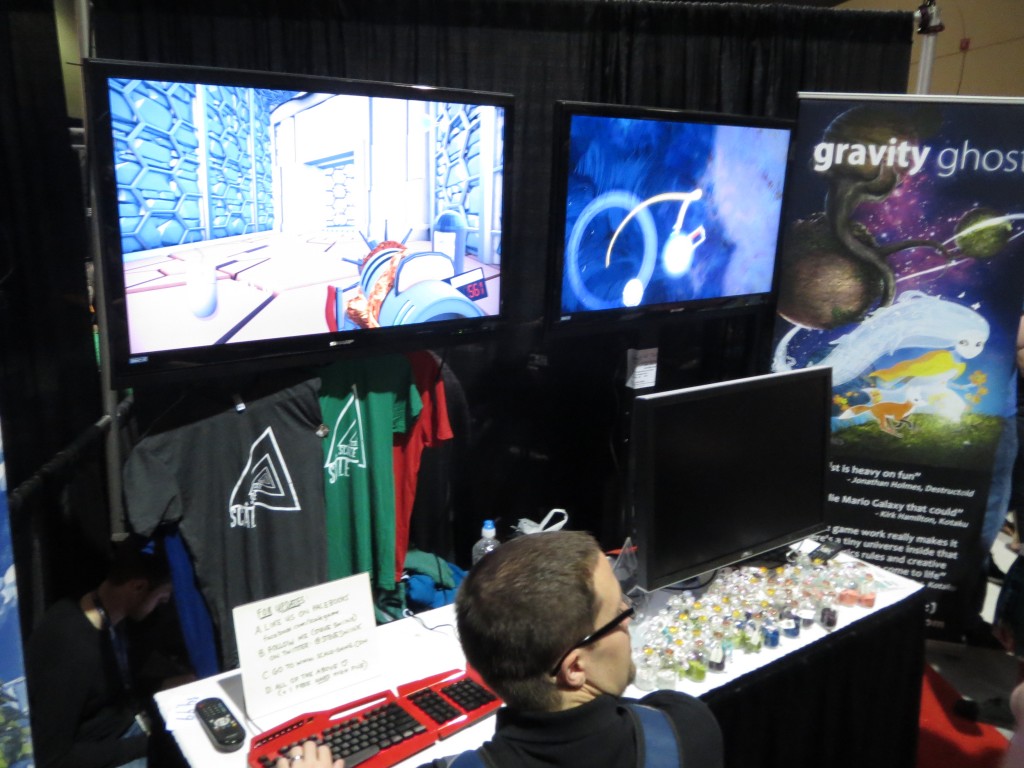 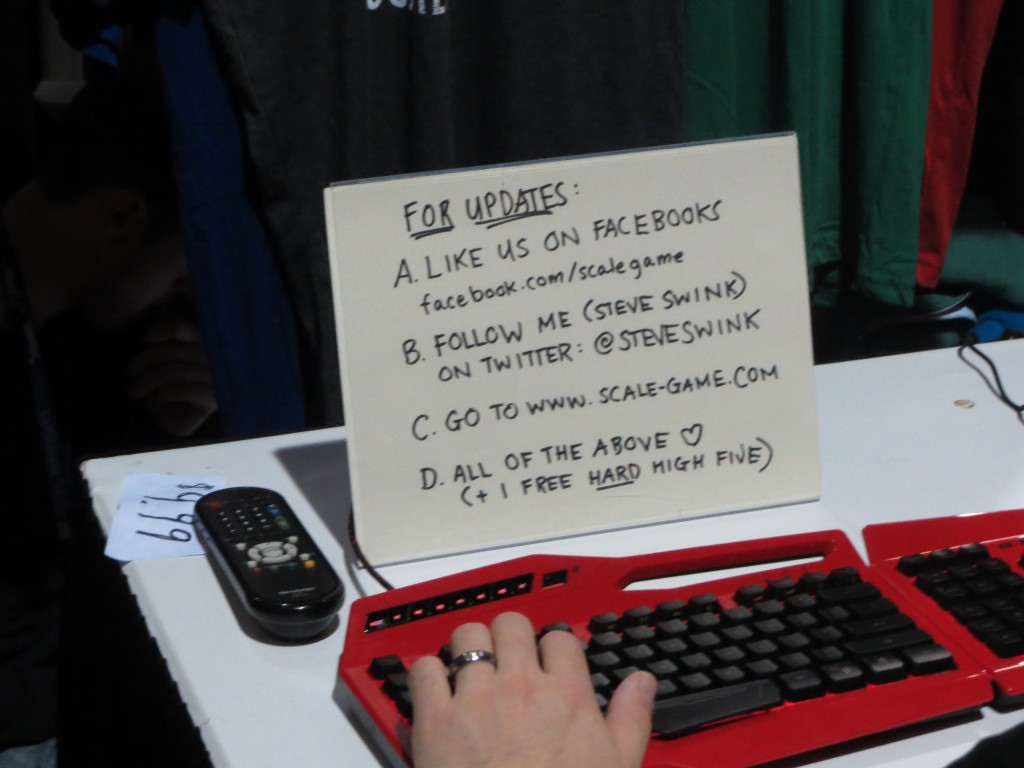 An interesting title where you play a collection of four games against another player. It gets intense and incredibly entertaining to watch. Using SNES controllers you battle to gain control of a ball that you need to shoot into your goal. Each player has a ring around them made up of circles. The more circles you have, the more jumps you can do (and I think the stronger your character is when you go up against the other but don’t hold me to that). Knock the other player away, steal the ball, and shoot it into your goal. Simple idea and loads of fun. There are very few pictures of this but you need to find it and check it out. 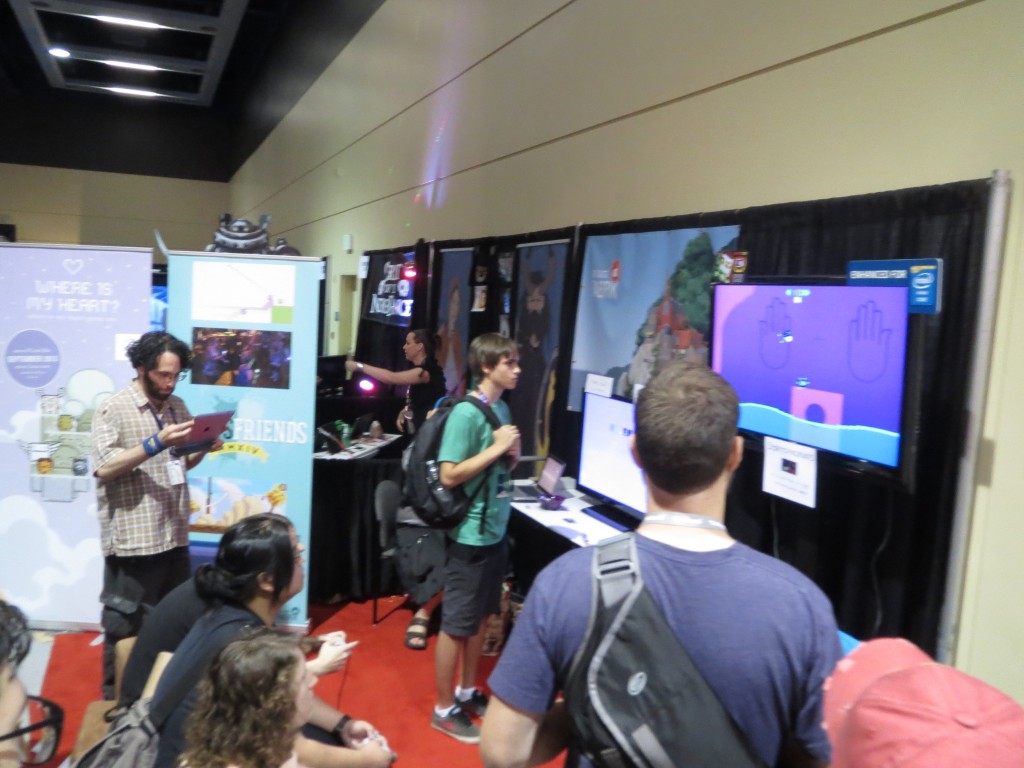 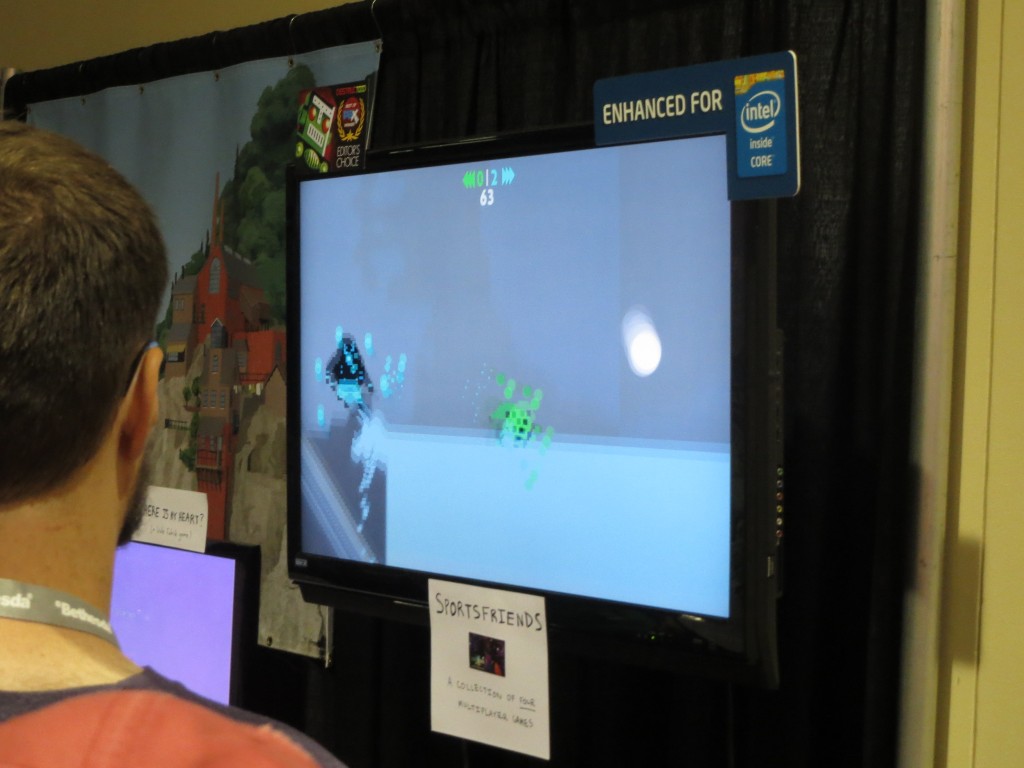 Two buttons. Jump and Kick leading to a dive kick. Loads of characters to choose from with slight alterations to how they jump or dive kick. You can also dodge and move forward or backward depending on the button combos. The goal is to be the first one to hit the other player, with hopefully the round ending in a headshot which will make the other character dizzy at the beginning of the next round. I found that provoking the other character is essential to winning. This is not a watered down fighting game. It is a full fledged fighter with special moves and different feels for each character. It is a fast and entertaining game that makes you feel like a badass in a manner of seconds. 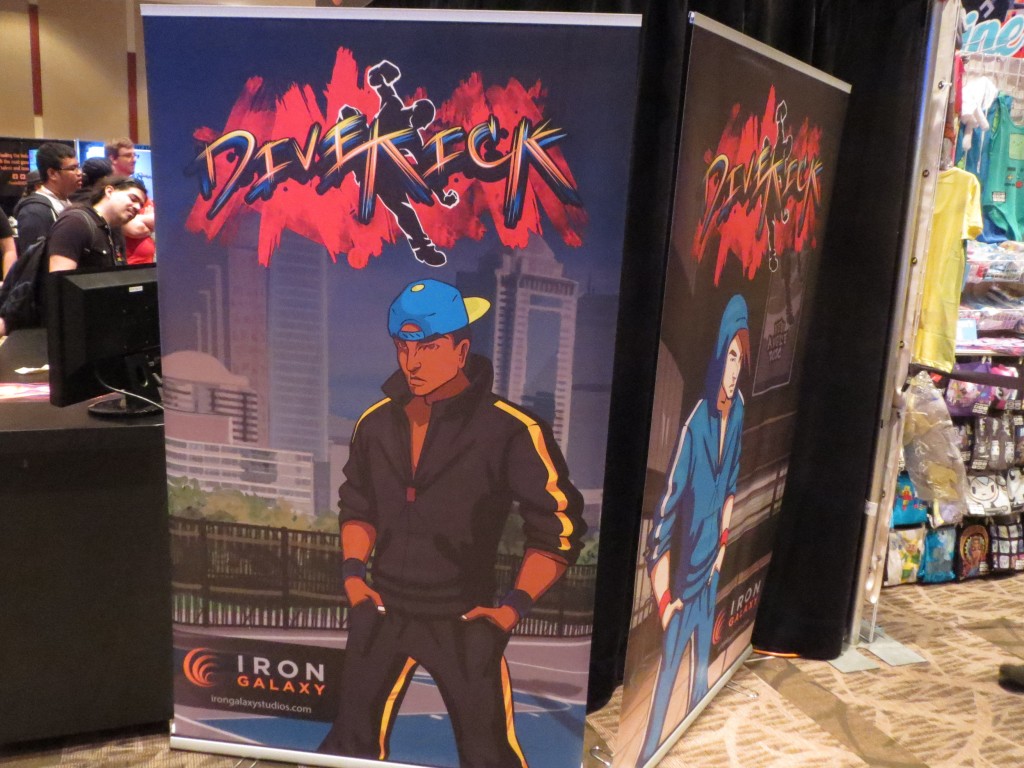 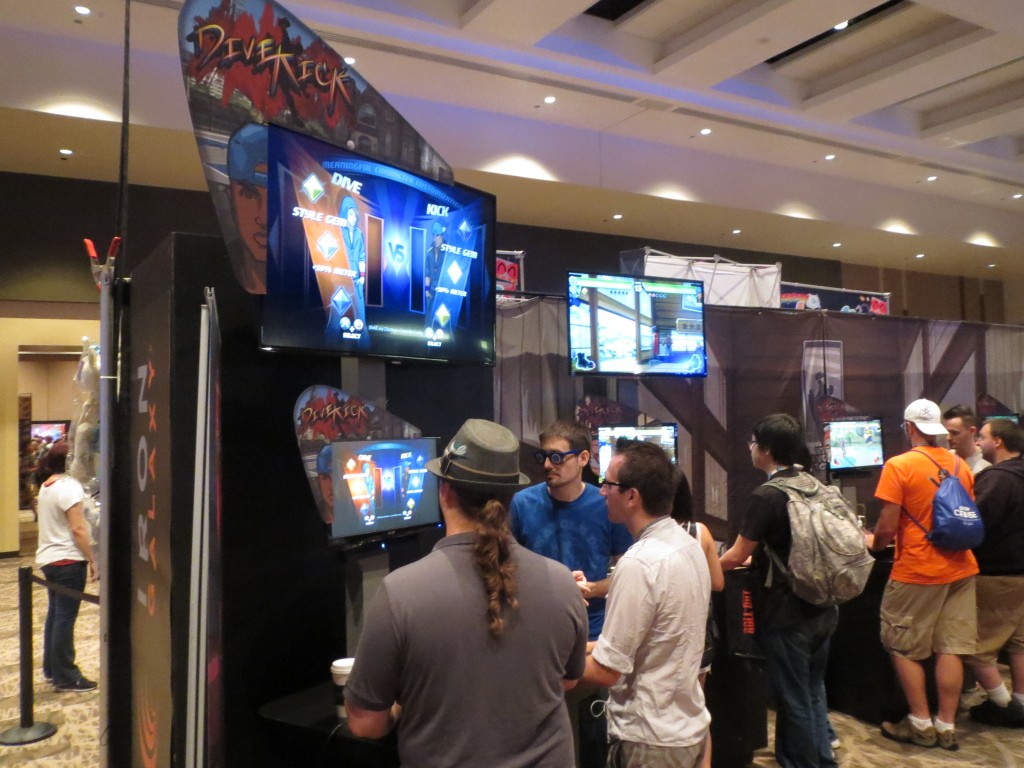 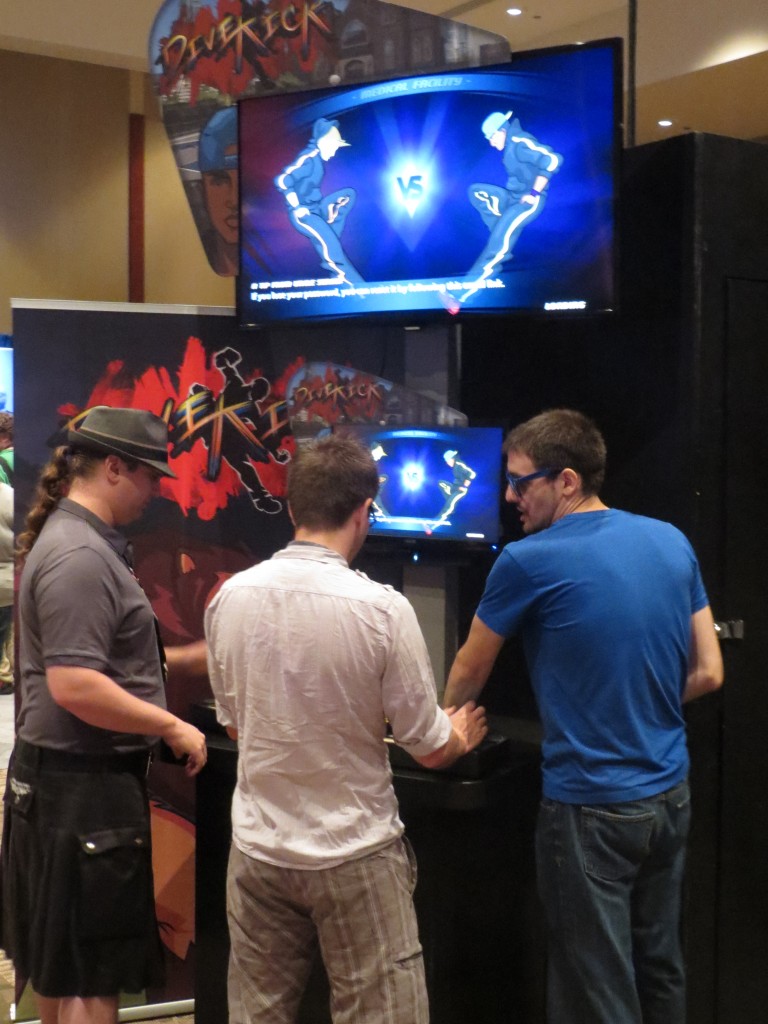