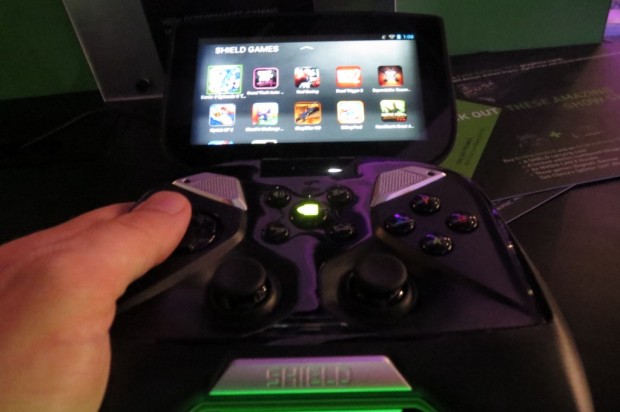 While waiting in line for Elder Scrolls Online, I noticed the Nvidia booth’s quiet green glow. While my place was saved in line, I went exploring the booth. With so many people waiting in line to play other games, Nvidia’s booth was nearly empty. Couches lined the walls with giant 50+ inch TVs. I noticed a controller on the table in front of the couch but it had no buttons. After a quick experiment with my fingers I found that the top opened revealing two thumb sticks, buttons, and a screen. It greeted me hello. The interface looked much like my phone’s, and I found out that it was in fact running android. The shield can run android games or stream from a pc. I tried a few games but all the best ones were streaming from a pc. I’d much rather just use my android tablet to play android games and pair it with a controller, or sit down and use my computer. Unfortunately, $300 for this left me wanting to put it down and walk away. I like the design and some of its functions, but it just isn’t worth the money. 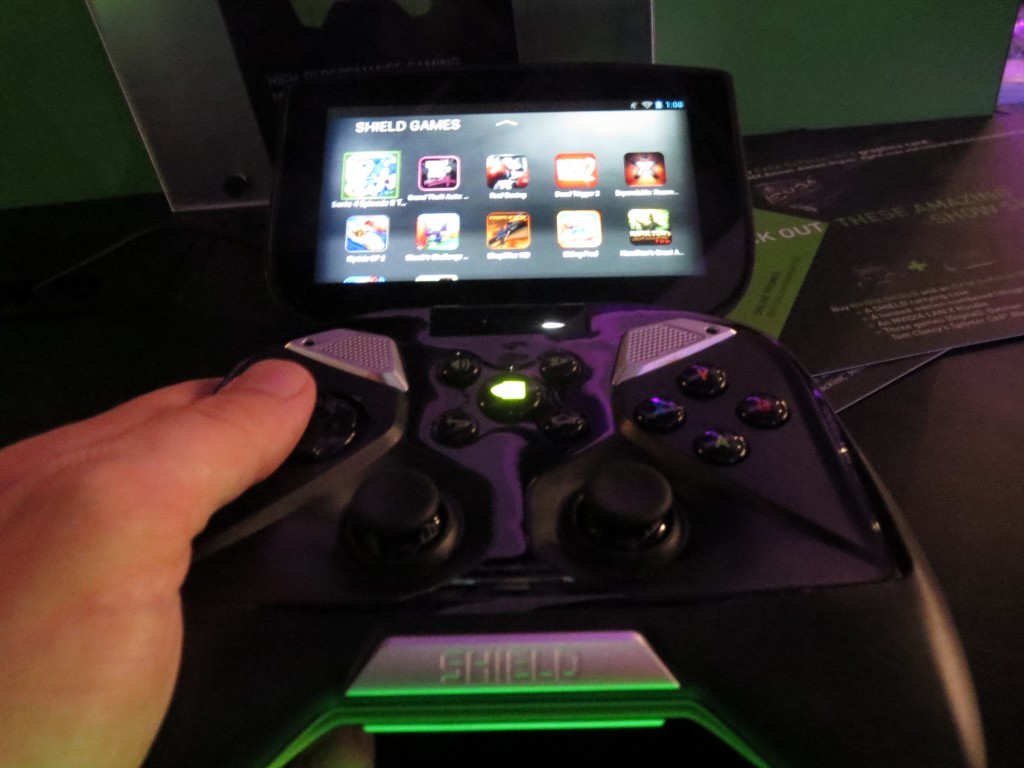 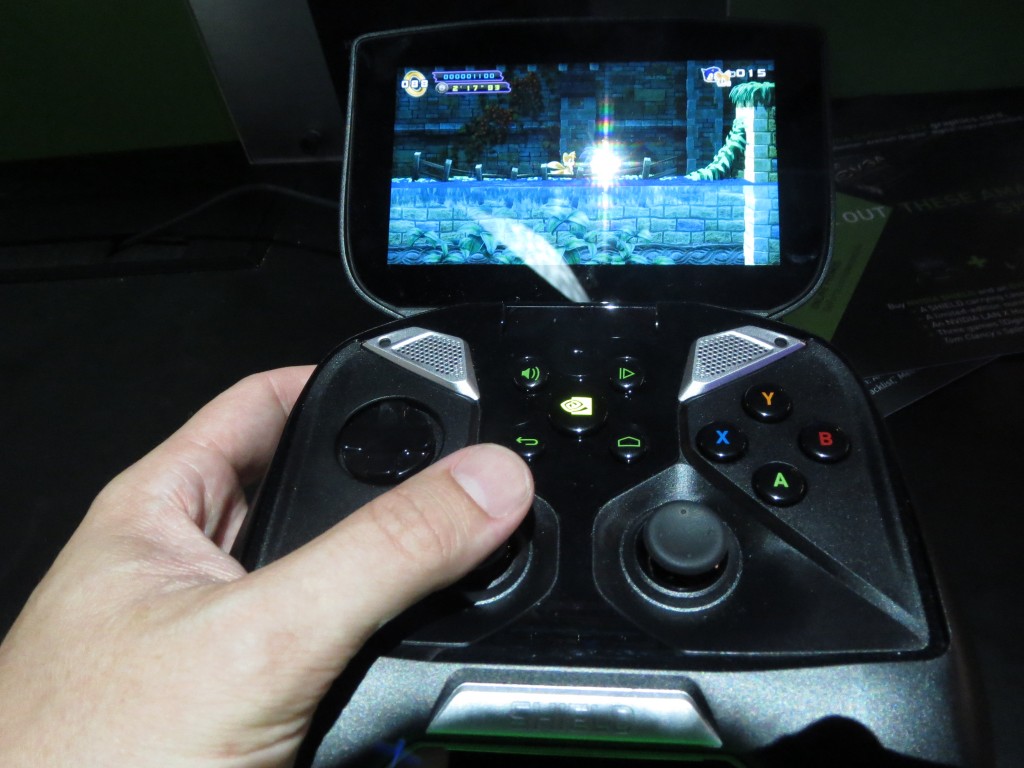 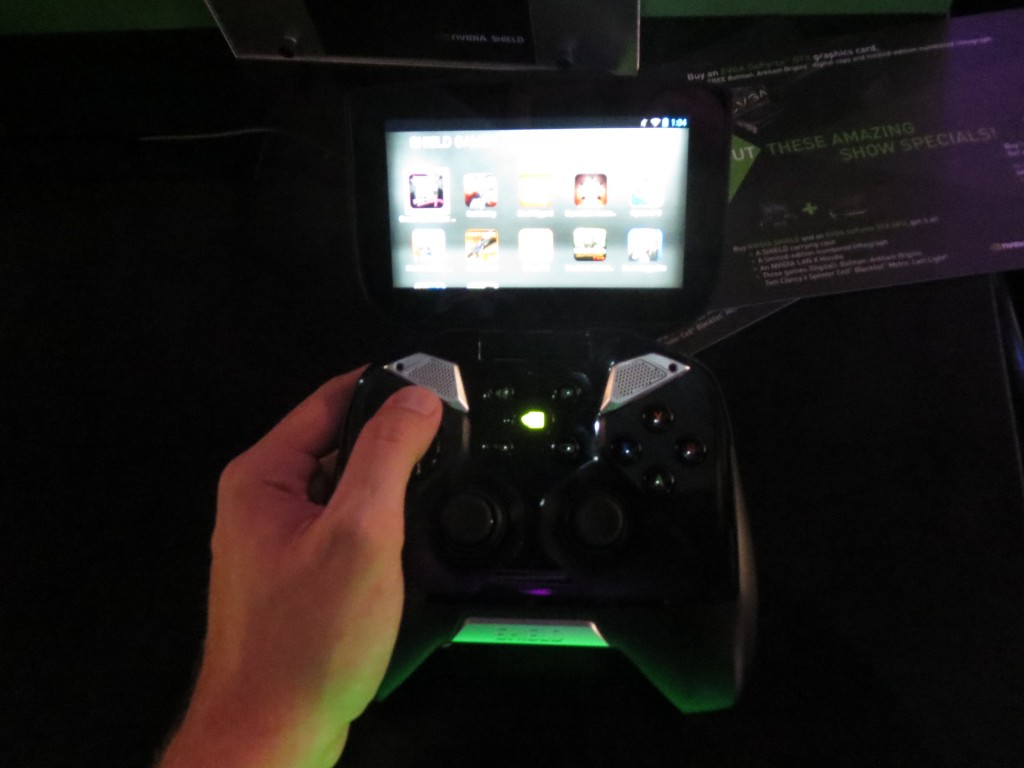 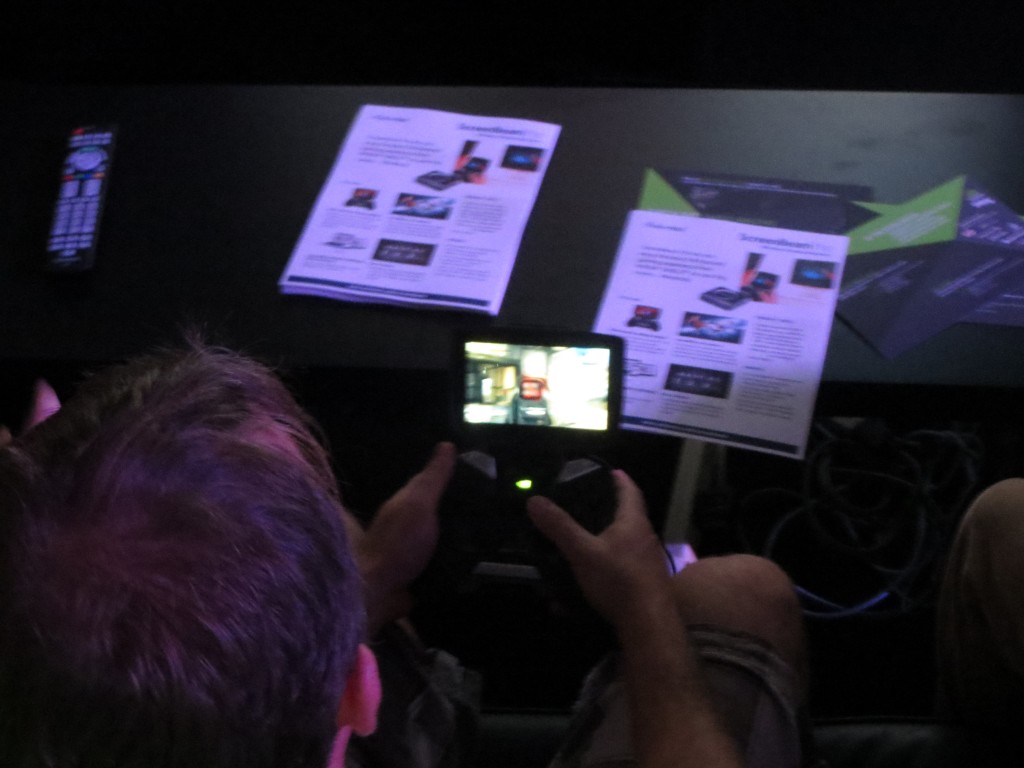 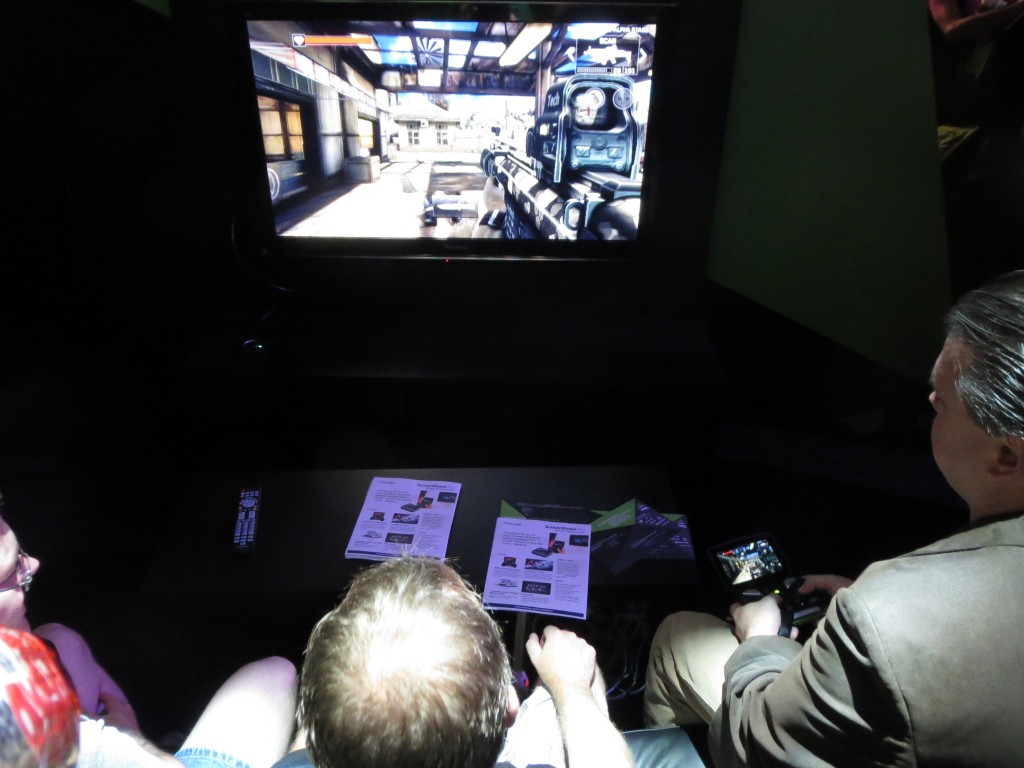 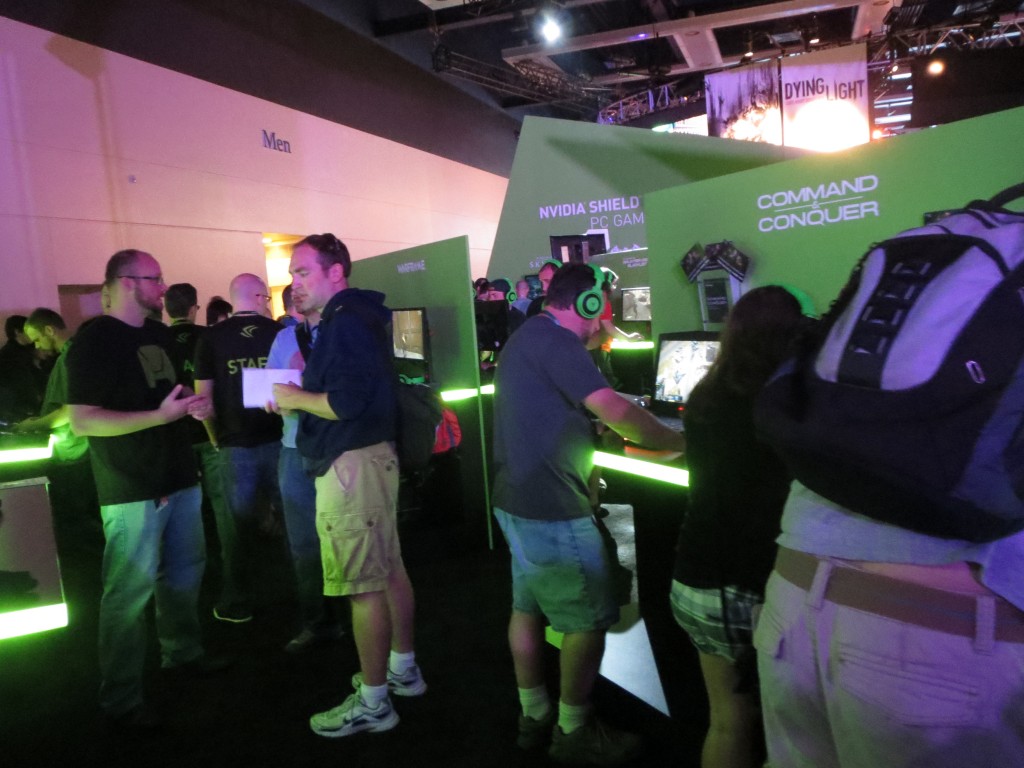 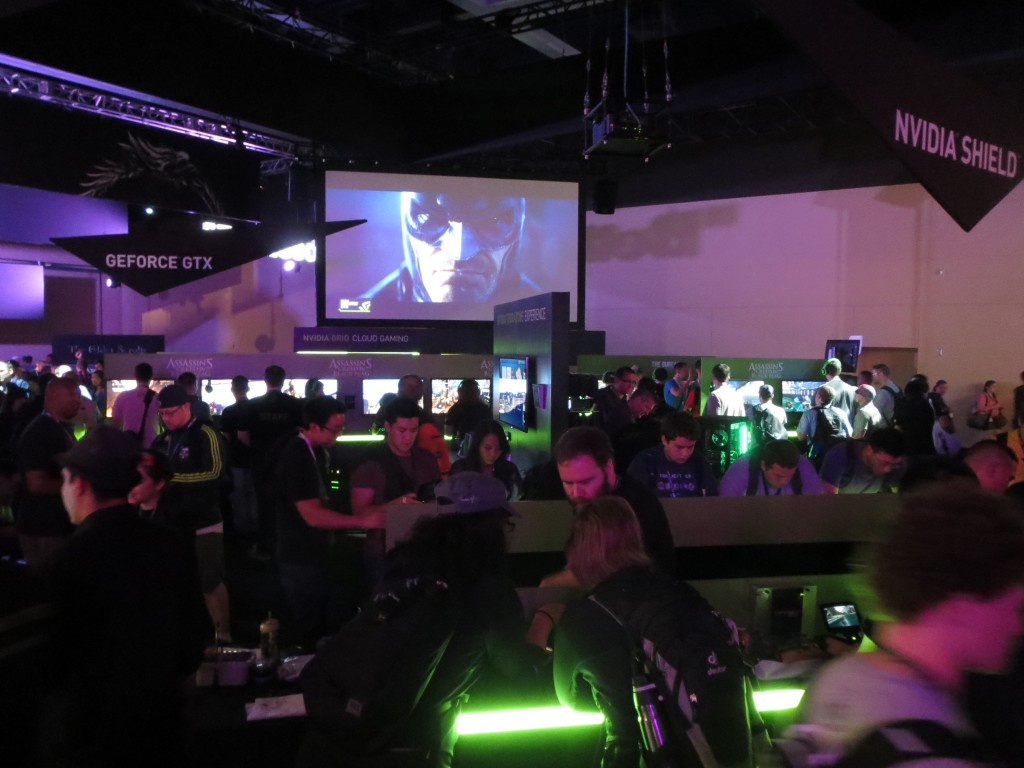