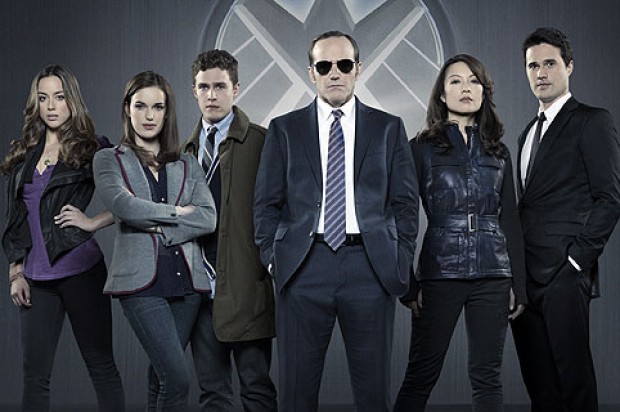 #Coulsonlives was a hashtag that flooded around the internet while promoting this new show over the summer. Clark Gregg’s Marvel character that was killed off during the Avengers movie is somehow alive! Reading this gave me a bit of the shivers and a feeling of excitement came over me.

Phil Coulson was not the star in any of the Marvel movies. He was not even in the Marvel universe until Marvel decided to stop letting other companies strip mine their beloved characters and make movies on their own. Agent Coulson was a valued asset of shield that did his job no matter how annoying Tony Stark (Robert Downey Jr) was to him. He didn’t complain. He didn’t have any flash. He was the quiet man behind the scenes that kept things rolling.

Jump to tonights premier of Agents of S.H.I.E.L.D. and we see calm and sometimes almost corny attitude of Agent Coulson, but it is a bit different. For the first time he is in charge and hes made it clear how he is going to run this program.

Now that the world has seen super heroes, Aliens, and a god S.H.I.E.L.D. has put together a team to tackle up and comer super heroes and stop anyone trying to use above human powers for evil. We have a handful of newcomers here. Grant Ward (Brett Dalton) plays a solo act special agent. He is very skilled at the physical side of things, but does not have good social skills and opposes being a team player. Melinda May (Ming-Na Wen) plays an agent that knows Coulson, but has moved to a desk job. She is hesitant to work for Coulson but is a great martial artist and some one Coulson trusts. Skye (Chloe Bennet) plays a computer hacker with enough skill to break into S.H.I.E.L.D.’S computer system.

I just watched the first episode and I can say I enjoyed it. I was not blown away, but it was enjoyable. The episode is about assembling a team and stopping a threat. It balances both of those well to let see and learn about the team while still showing danger and resolution. The end of the episode throws a classic “gotta watch next week now” at the audience, but I think it was a good first episode. If you are a marvel fan…. I can’t really believe you are here reading this and you are watching the show! On a serious note I say give the show a watch.