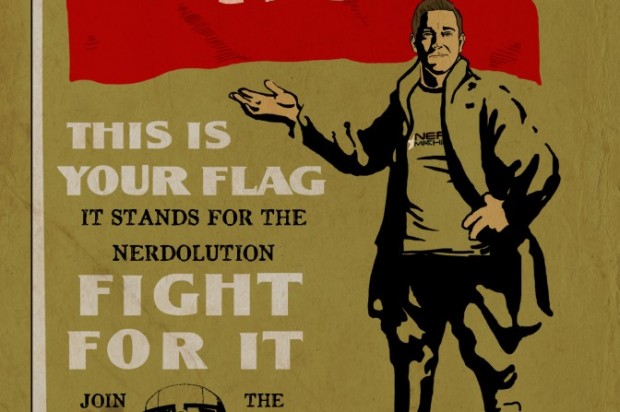 Nerd HQ 2014 Needs you to donate 5 dollars or this amazing event may not happen. For those of you who do not know what Nerd HQ is Here is a little history lesson. Zachari Levi(Chuck from well Chuck) started a company called the Nerd Machine a few years back. When he wanted to get something going with Comic Con in San Diego and was denied he made a little event called Nerd HQ that took place off site.

During the day there were side panels people could pay to go see huge guests on a more intimate scale, signings with said guests, video games and flat screens to play on, and at night a kick ass party. It’s clear to see where this is going. It went from being held in a bar to requiring renting out part of Petco Park. Besides the panels and signings everything else is free. Oh and did I mention the things you do pay for are actually donations for operation smile, to help children with cleft lips. Last year the team ran into some financial issues and Zach ended up footing a lot of the bill.

This year to make Nerd HQ be as big as it needs to be he has launched an indi gogo campaign to cover costs. They are trying to raise 1 million dollars. Seems like a tall order, but for all that Nerd HQ consists of its really not. This is a great event, for a great cause, and I hope it gets funded. If you can kick over a few dollars. They are asking only for $5 which is not a lot. To reach the goal with only $5 donations it would require 250,000 people. Well there are not even 7,000 as of writing this and they have raised over $163,000. That means that to finish this campaign out donation $5 each it would be about 167,000 more donations. That may seem like a large, but its a huge chunk taken out all ready. What are you waiting for? Donate today! If you can. Right now. come on