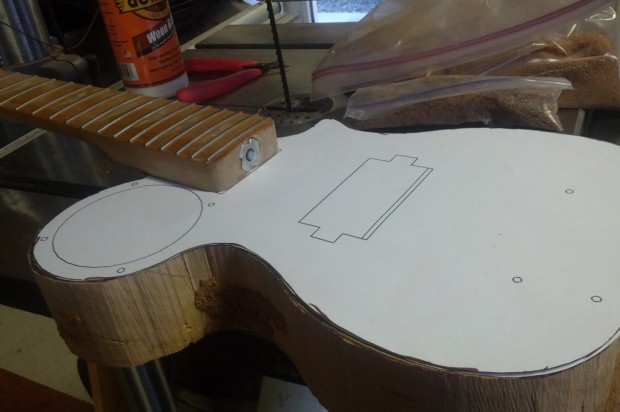 I have been kicking around the idea of a mini guitar for a while now and I am finally giving it a real shot. When I say mini guitar I mean a tiny body barely big enough to fit the components with a full size neck. I want to make this thing portable and playable. On top of that I want a built in amp, speaker, and some distortion all running off a lithium battery pack.

I know I’m crazy right? nope, and I think I have put forth a viable plan to bring this idea to the real world. A little background on this project. This idea sprung out as something to bring to comic con, carry around, and play some tunes. Last year my brother and I decided to try and do it. Procrastination got the better of us and we really didn’t try to build it until right before comic con. I mean we left at 2AM to drive to San Diego after we threw in the towel at 1:40AM. It actually was almost complete. It looked terrible but was functionally sound except for an improperly run wire. I tried debugging, but in the end realized we didn’t have time for that sort of debugging. It looks like this: 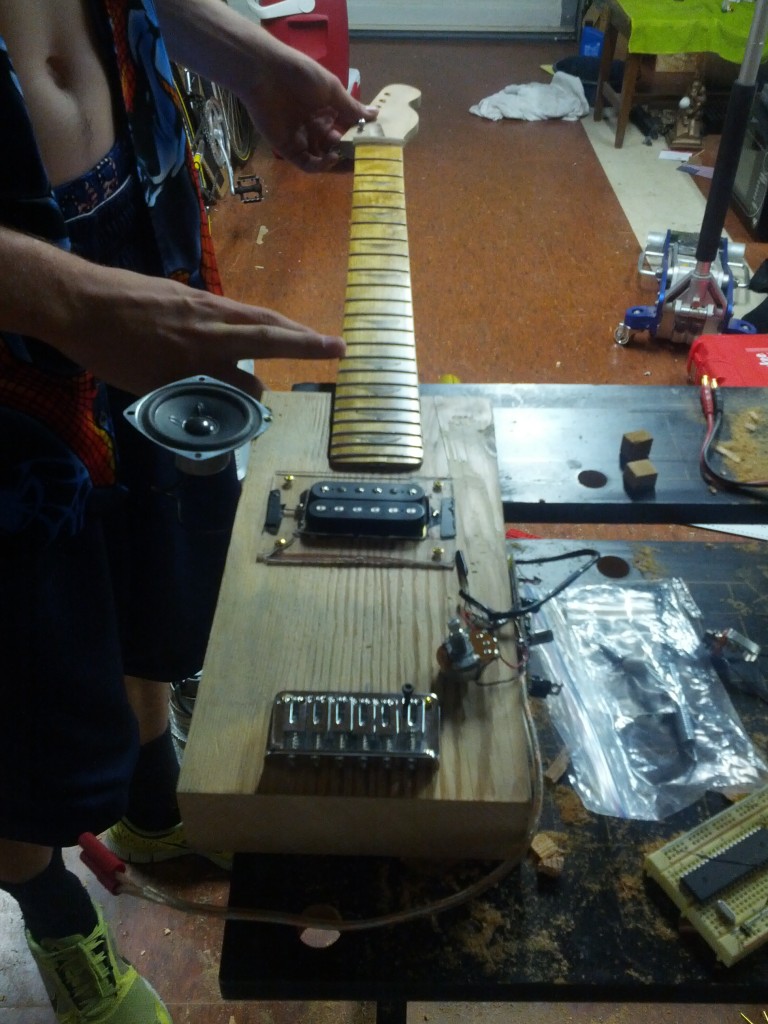 Like I said not the prettiest thing in the world, but it had all the required parts of a guitar. So Comic con is in a few weeks and I am giving this thing another shot. This time its gonna be made a bit nicer though. I actually drew up a plan in solidworks and am really trying to do this for real. 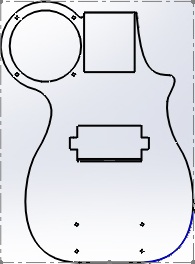 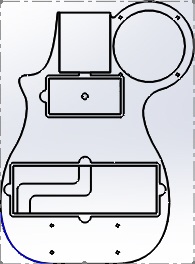 Everything fits on the body like a glove.  Speaker top left, bridge on the very bottom, and on the backside the battery fits between the pickup and bridge, while the amp fits between the neck and pickup.

I had got this far and realized that I did not have a place to put the knobs!  I could fit one on the bottom to the right of the bridge, but I need 3.  My brother had a great idea to actually build them into the corner which ended up being the most logical choice. 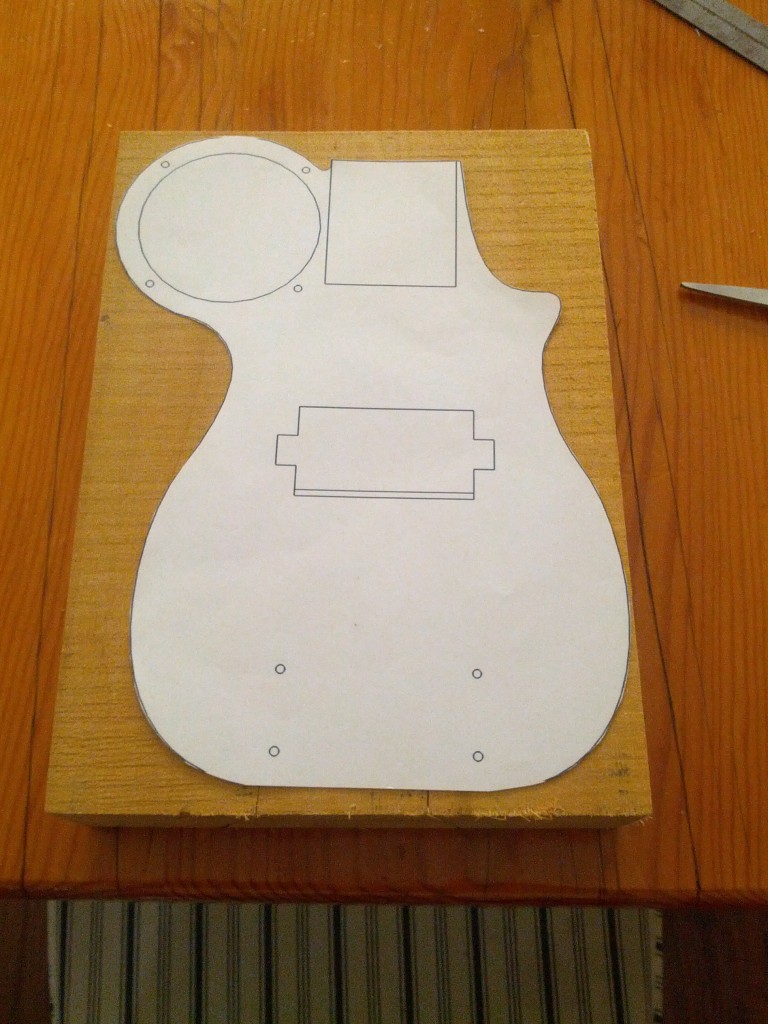 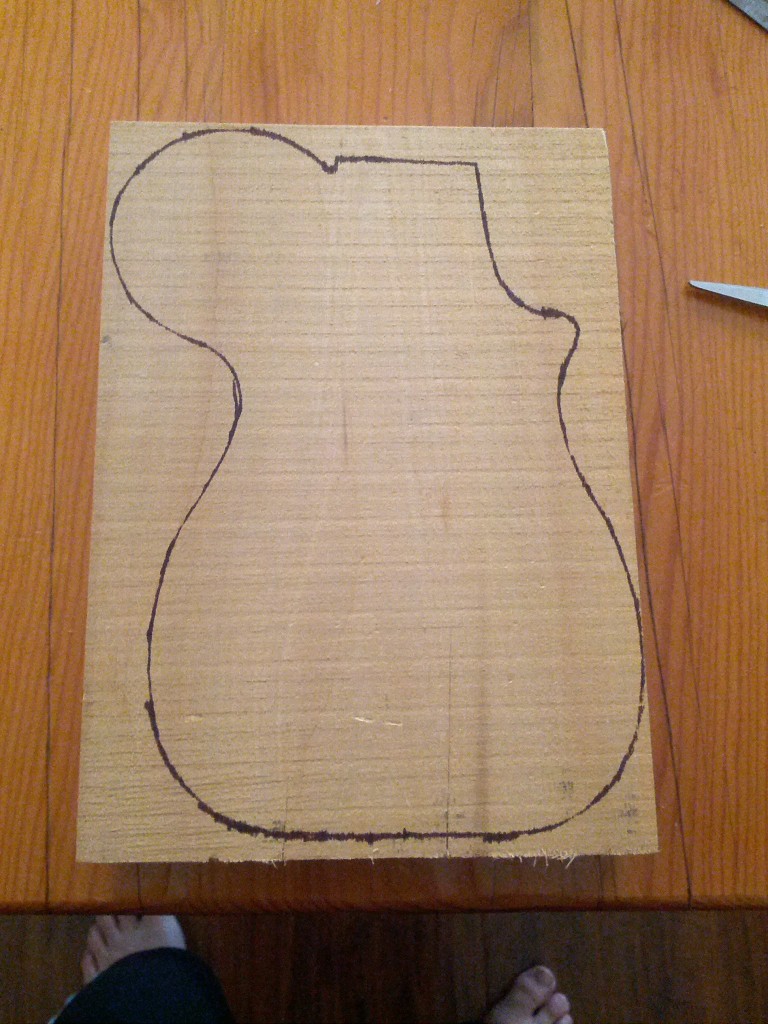 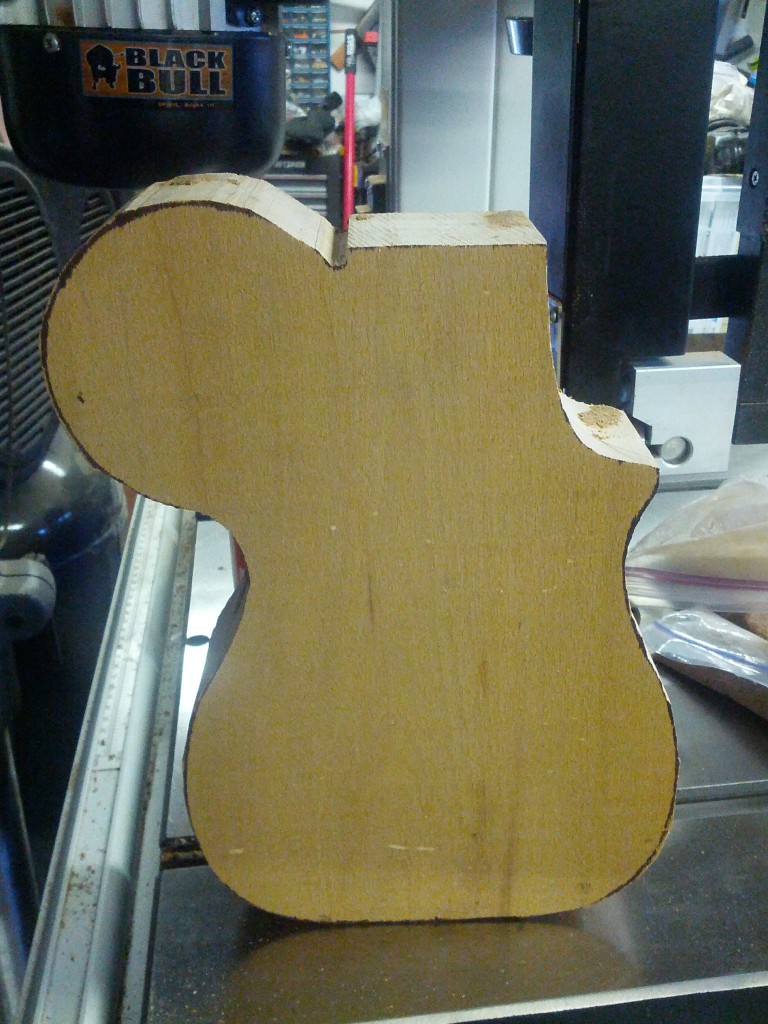 There is still lots of work to do.  I need to clean this up, route all the cavities build the neck, and hook up the electronics. I’m off to a much better start this year though and plan to make more updates soon. Stay tuned