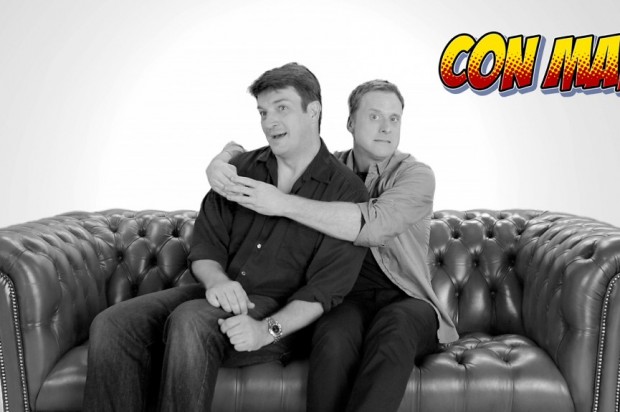 I just finished watching the first 4 parts of Con Man and I am stoked. For those who have no idea what I am talking about Con Man is a crowd funded projected by the great Alan Tudyk. The show was rejected by any real life TV folk so Alan decided to take the show on by himself with the help of fans in the form of an indiegogo campaign.

The show is broken up into 3 installments of 4 10 minute shorts. It sounds confusing and is different than a conventional show, but it works. It has a nice pace, a great cast, and above all it makes you laugh. The show is out right now to backers and very soon to those who are just joining in. It is exclusively on vimeo.