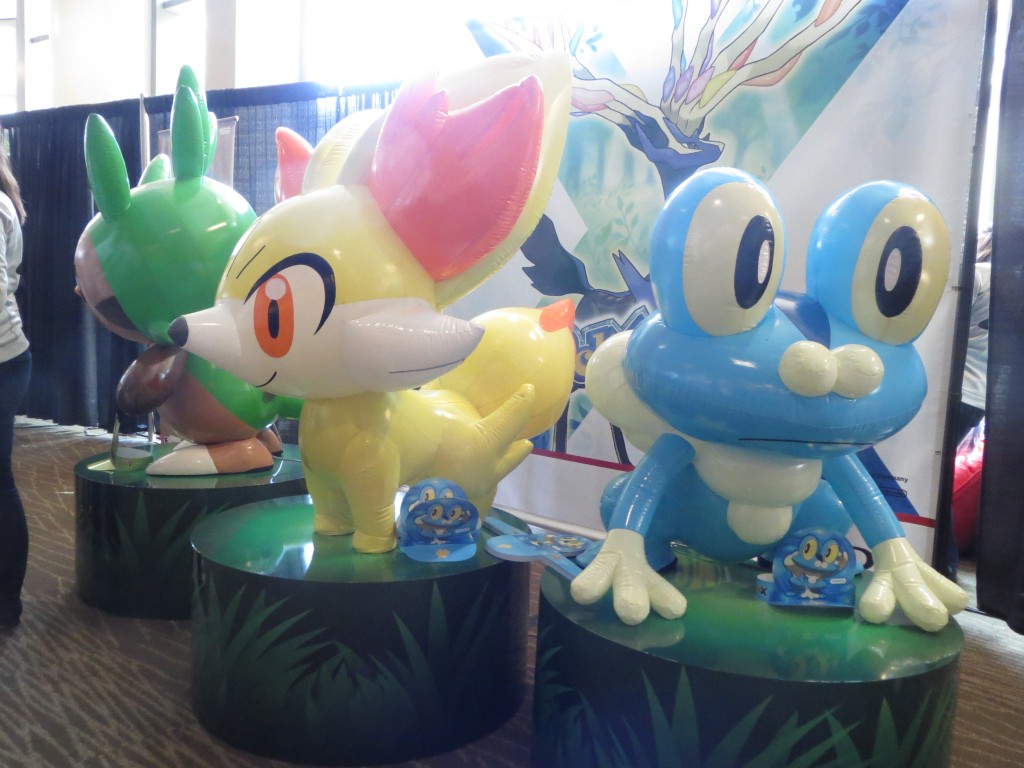 Nintendo brought one of their new handhelds to PAX for the masses to experience. At first I thought, “Nintendo 2DS? We already have that. Switch the 3D slider off. Done.” I felt like Nintendo is just trying to lose more money by putting out a handheld that no one needs because was already have it, essentially. With low expectations I approached the one man at Nintendo with two of these things strapped to his body.

Holding the 2DS felt very natural. It is one piece and I like that partly because the 3DS’s hinge is floppy at times. The construction is solid and all of the buttons feel like they have been upgraded somewhow. They feel… almost perfect. The shoulder buttons have been redesigned to fit both small and large hands. Small hands can press them from the side, large hands from the top. Score one for my large ass hands.

The 2DS is not a looker, but if for some reason you don’t have a 3DS already you may want to pick it up. It’s $40 less than a 3DS which isn’t a great savings, but enough for some people to consider it. In the end I will say that I like the 2DS, surprisingly. But if you have a 3DS, skip this. It doesn’t feel all that portable but it can fit into your pocket if you try really, really hard. A 3DS XL has a larger screen, fits big hands, closes to protect your screens, and is still very portable. Nintendo would have had more success with this if it came out towards the beginning of the 3DS’s lifespan. It’s a nice coffee table console. 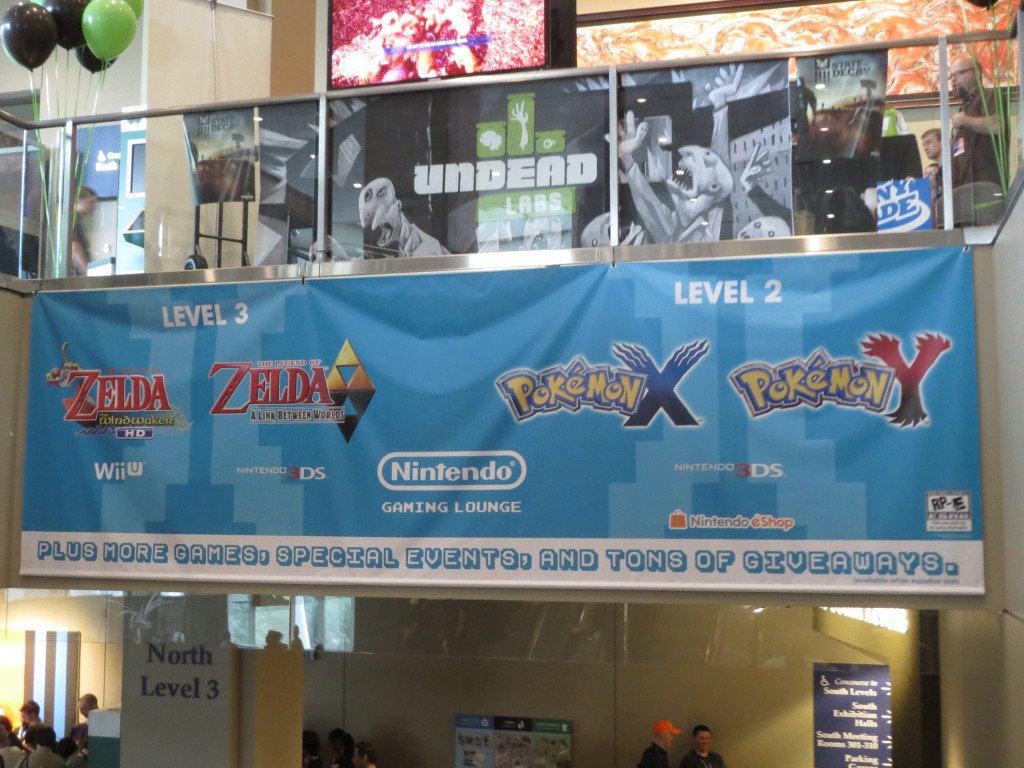 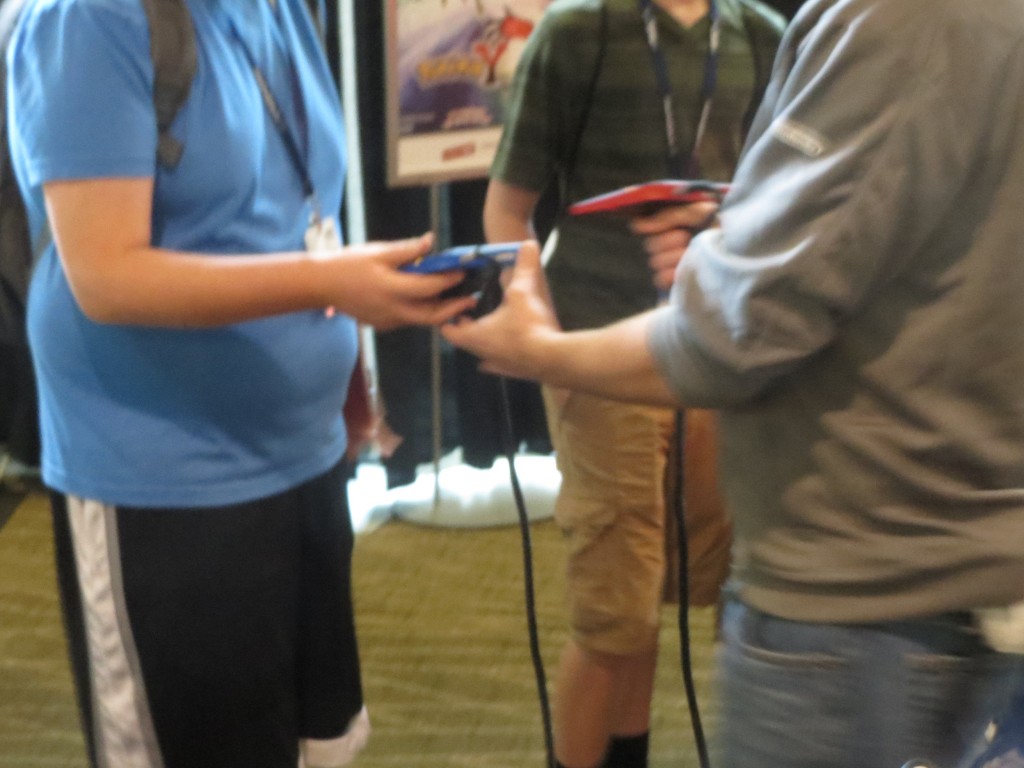 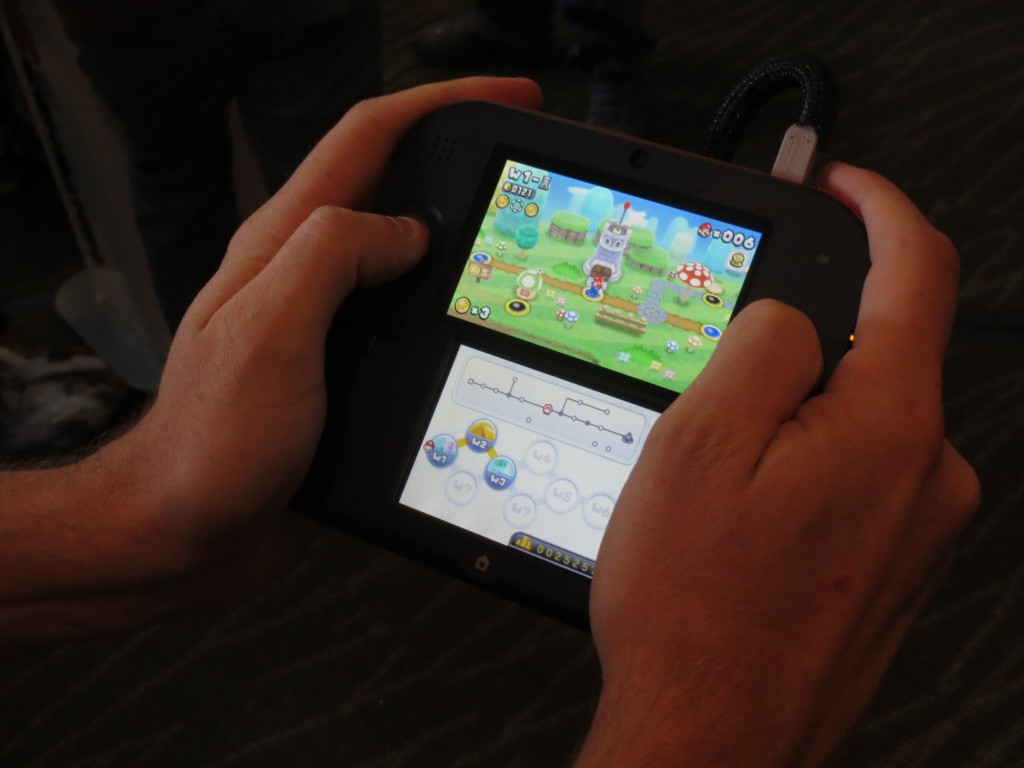 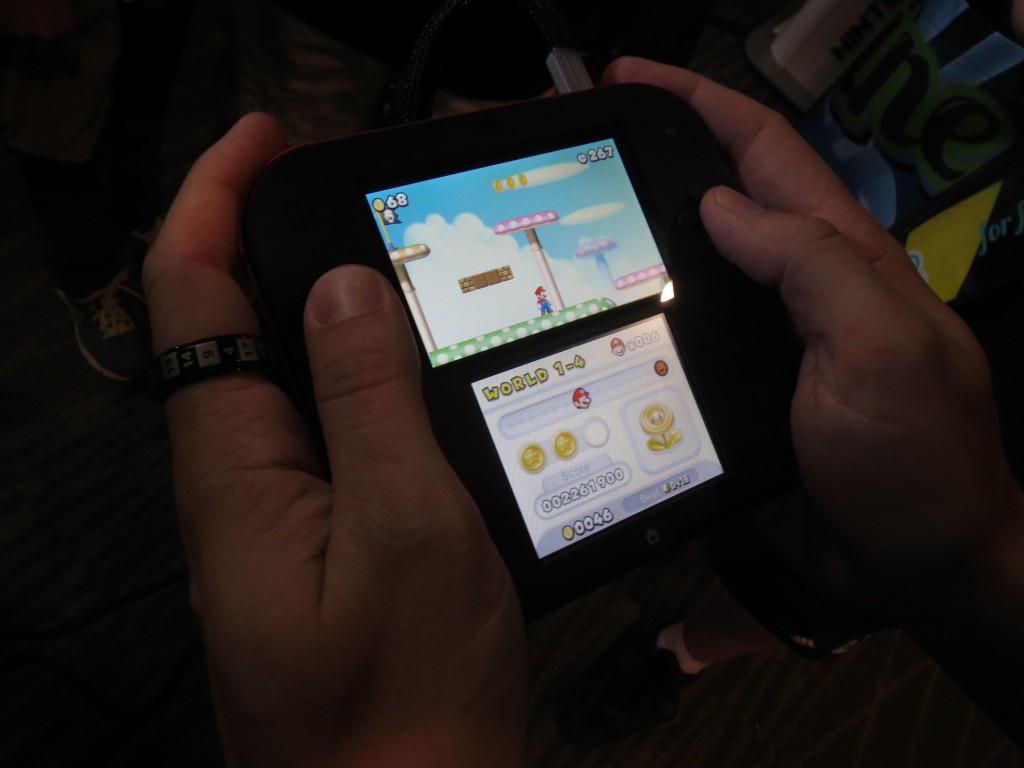 YOU CAN RUN AROUND IN CIRCLES. NOT RECTANGLES OR SQUARES BUT FUCKING CIRCLES. BUY IT.

Ok, I’m just kidding about that, but yes you can now run around at all sorts of angles now. Changed the way I thought about pokemon. Being a pokenerd, I was crap my pants happy when I got to go hands on at PAX. The demo shows you a bit of everything you can do including riding certain pokemon, which gets you places fast. They can’t go up stairs tho… hmmm. I think that’s just the demo limitations though.

The new 3D model look that Black and White had is upgraded here. The pokebattles are now similar to the cartoon’s with the camera moving in all directions.  Otherwise battles are still much like they have been with the exception of Mega evolutions.  The demo had the Mega evolution just…happen.  I don’t know if that’s what it’ll be like in the shelf version but it has the potential to add another level of skill/difficulty/depth to the battles.  In the last 2 minutes of the game, I was suddenly given a level 100 Mewtwo, fought a level 100 Dragonite, Mega evolved, beat him down and felt like this game will be taking hundreds of hours of my life from me.  Be prepared ya’ll.

Others hav pointed it out already but I also feel like the Mega evolutions are kind of ripping off Digimon.  I can see why they did it.  It gives the pokemon a short burst of power without adding a crazy amount of new pokemon.  Instead you tell yourself, “Oh hey, it’s still Mewtwo but more badass.”  That’s just fine with me I suppose.

It’s safe to say that if you have been playing pokemon, you will pick this one up. 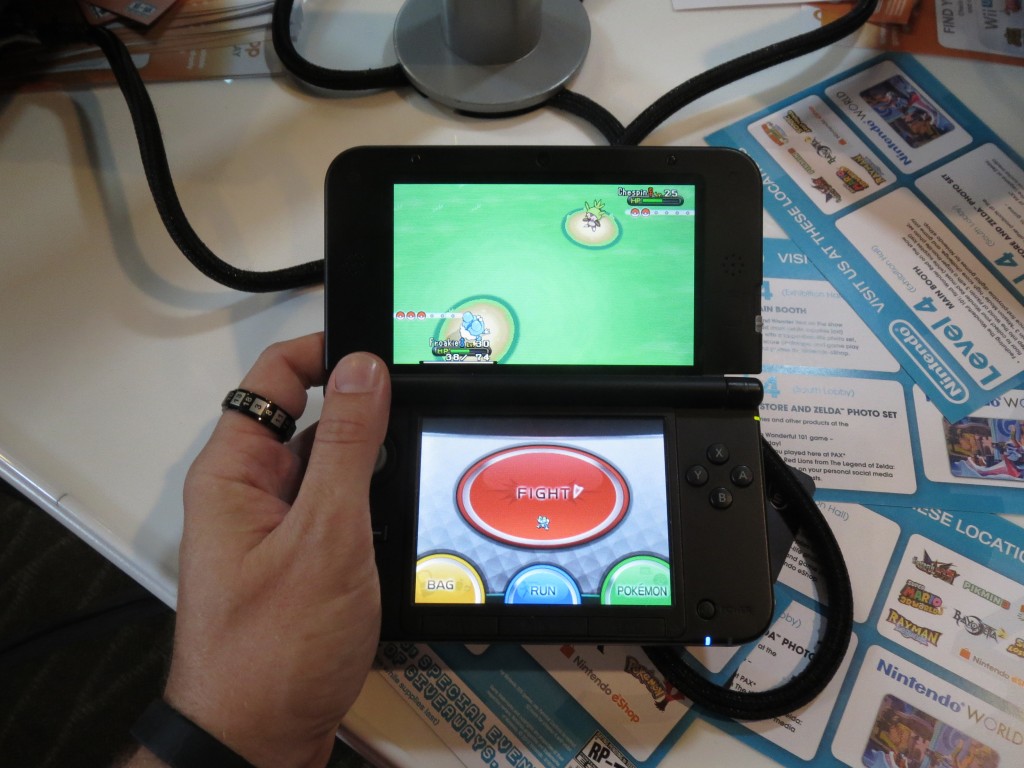 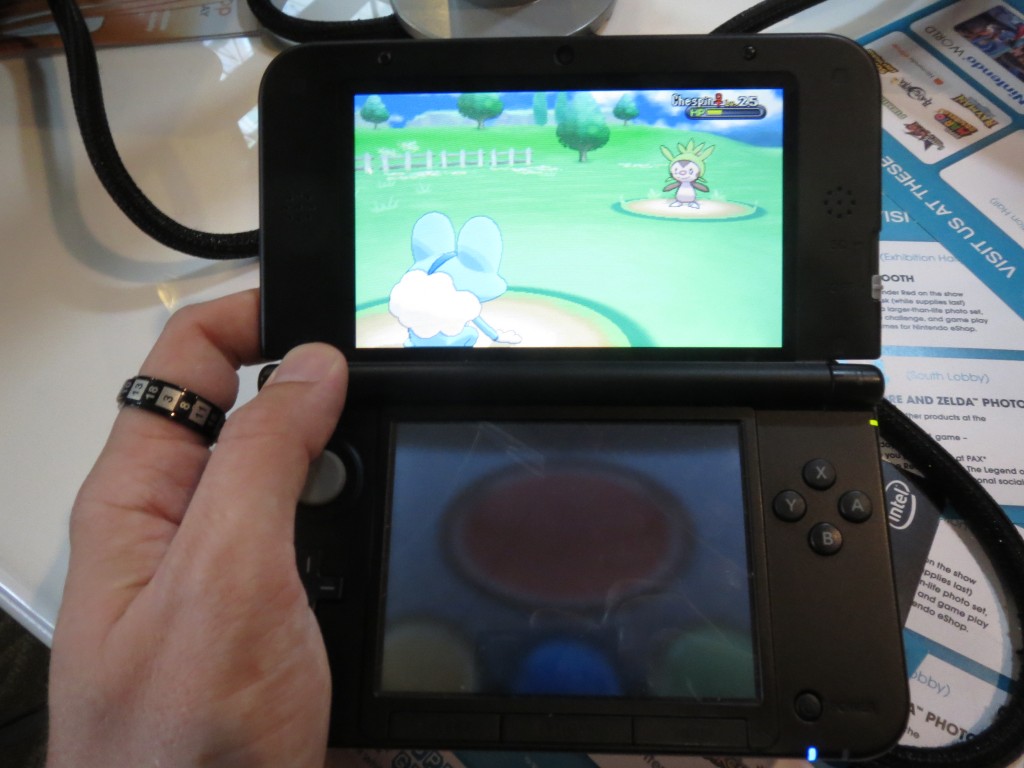 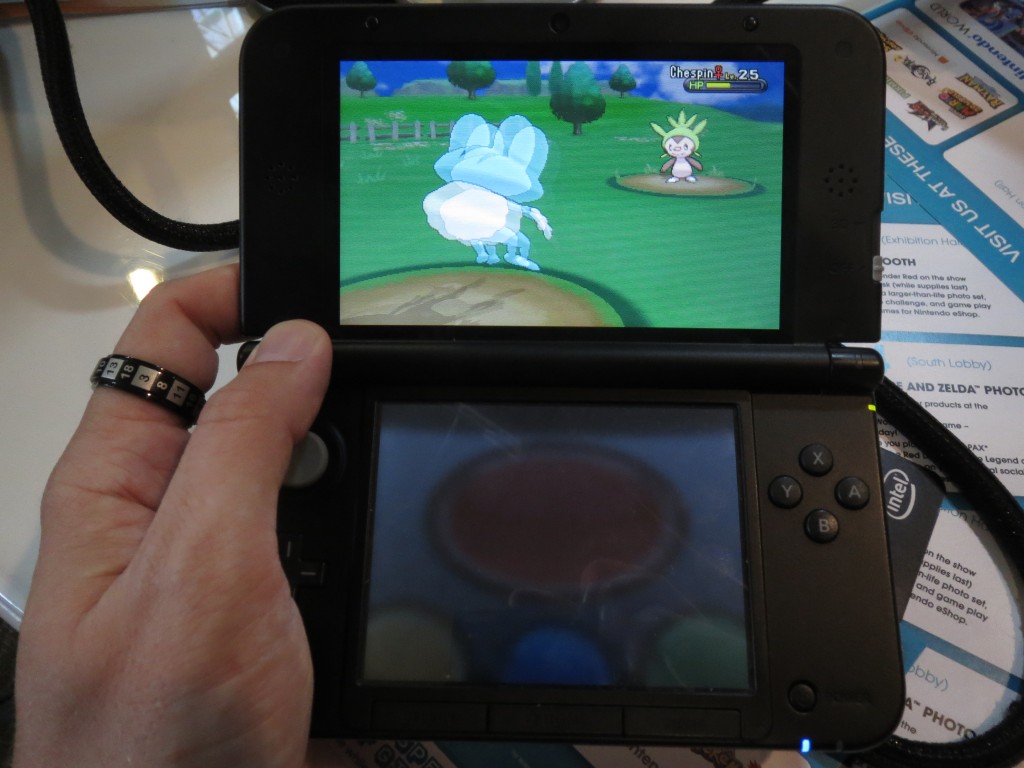 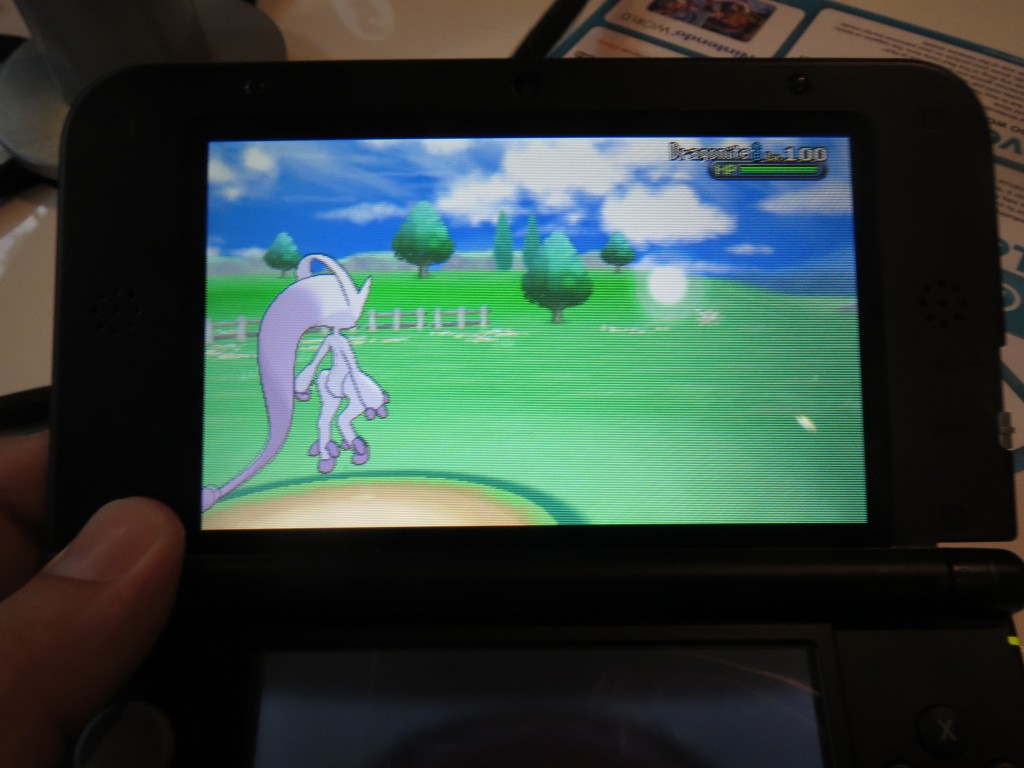 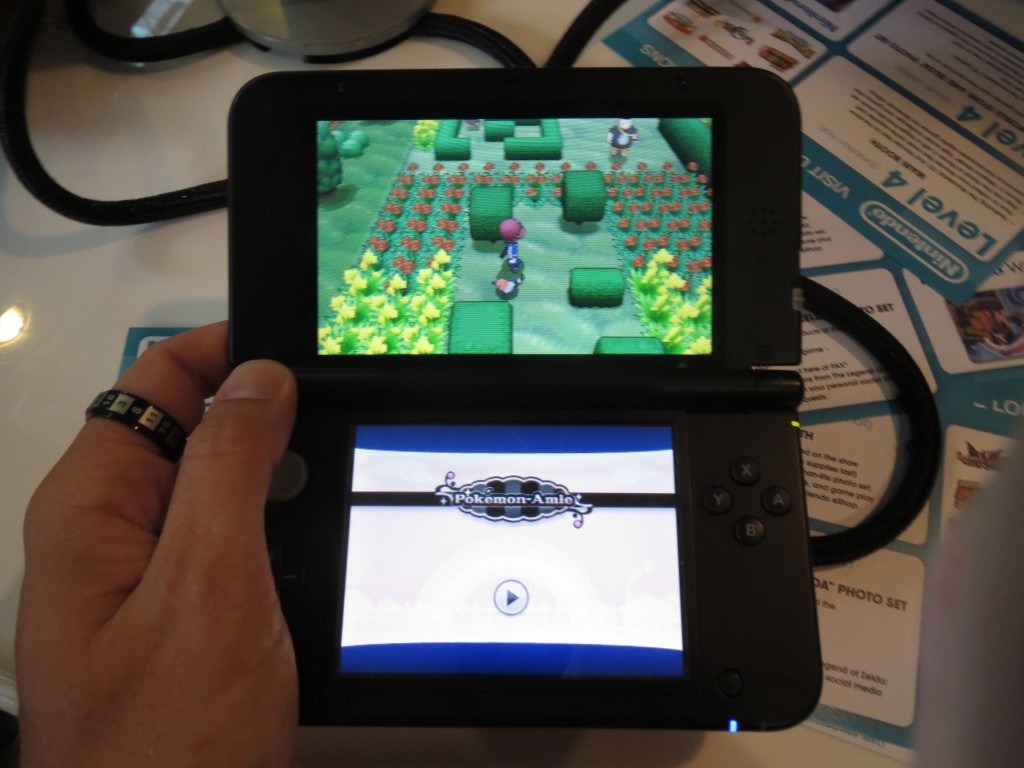 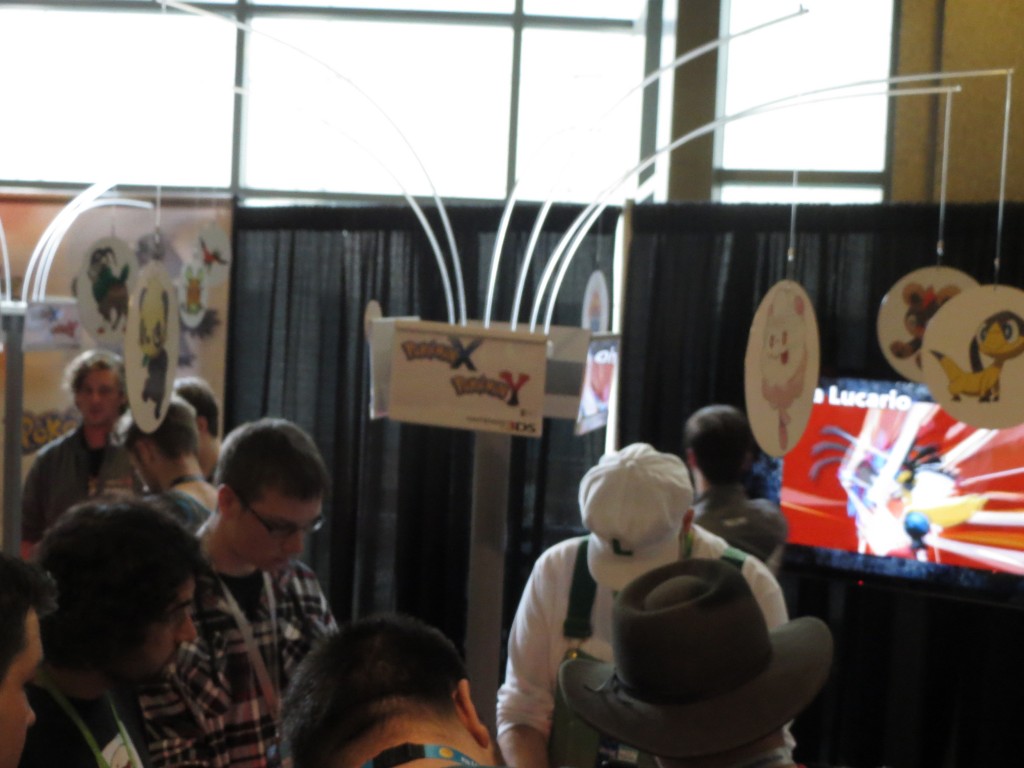 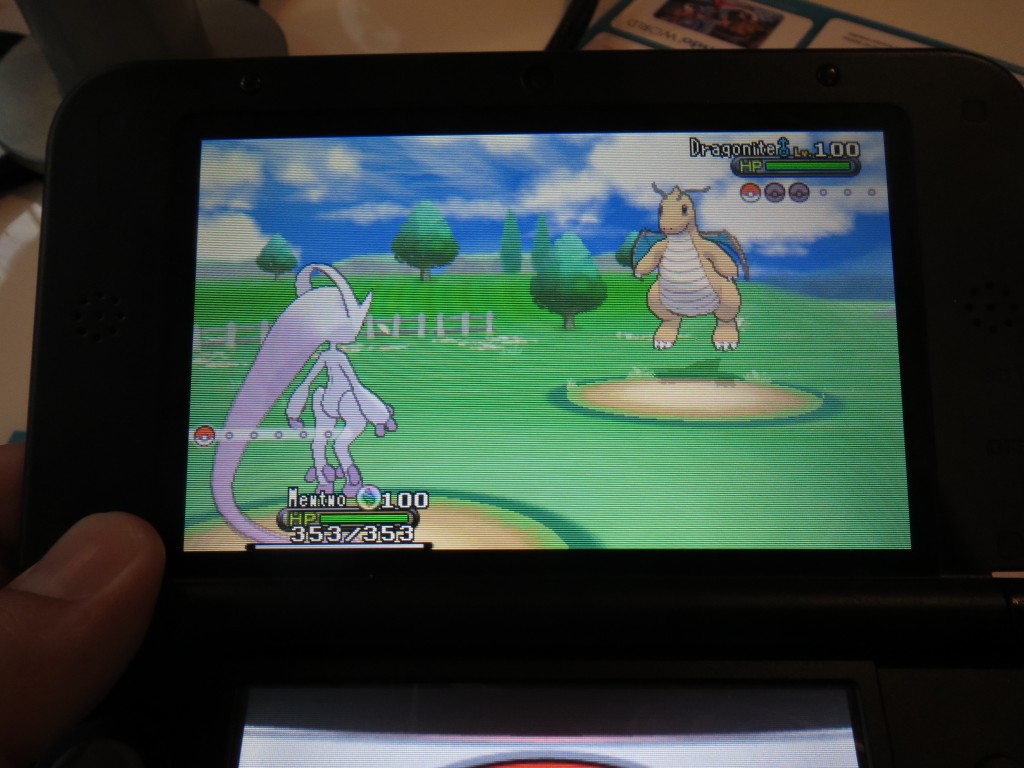