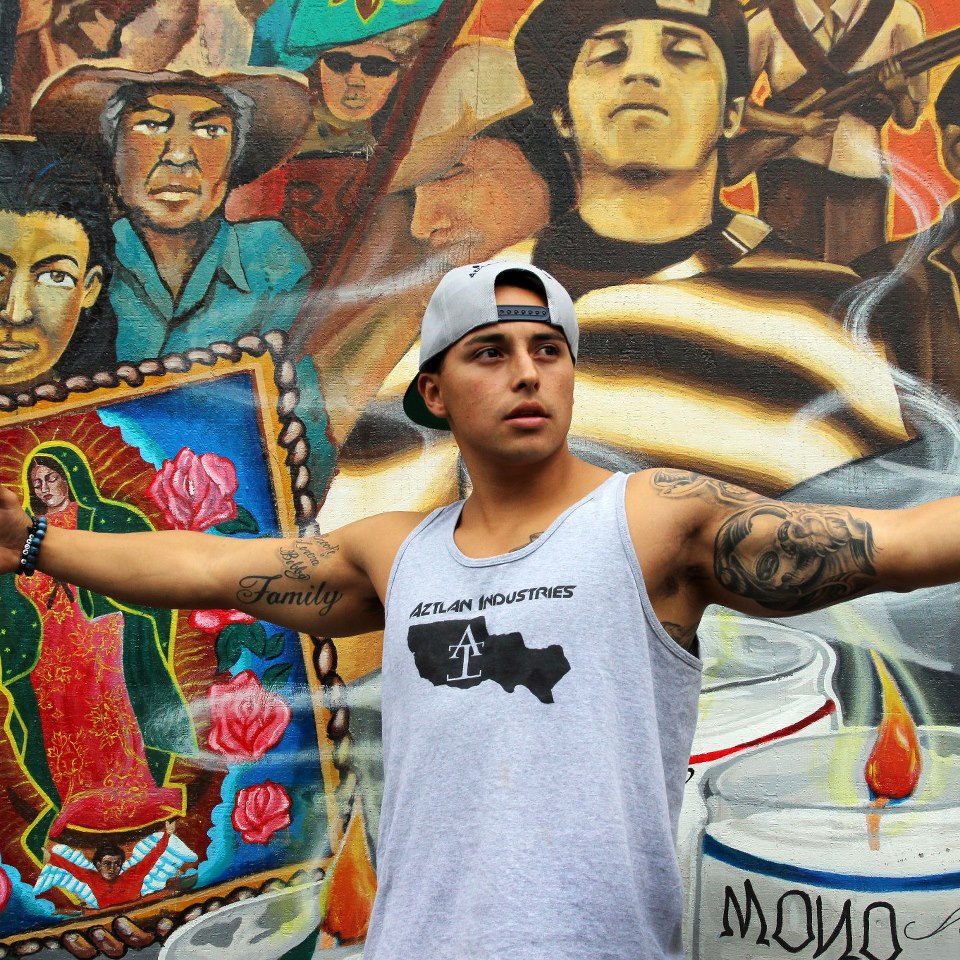 A little over a year ago Bobby Ramirez, the entrepreneur behind the clothing company and movement Aztlan Industries approached me with an idea. He wanted to create a website for a social movement that would do positive things for the community. He also wanted to create a fresh-looking clothing brand associated with the movement. That way, if people thought the things that the movement was doing for the community were cool, they could buy clothing to support it – and look good while doing it. I liked that the focus of the business was doing positive things for the community so I was happy to help him put together a website.

Fast-forward over a year and the social side of the once t-shirt movement is now taking off into something much bigger. Earlier this year Aztlan Industries ran an “every kid matters” event that provided school supplies for underprivileged youth. They’ve also been supporting a youth basketball team in Southern California with new athletic apparel. The support has been so strong in fact, that CEO Bobby Ramirez is looking into creating an official non-profit organization so that they can do even more for the community.

That said, on the business side of things, clothing sales aren’t quite where they need to be. It’s important that clothing sales improve because the funds coming into the clothing side of the business have a direct affect on the social cause side. As such, I recently met with Bobby so that we could discuss how to bring sales up. Here are a couple of the ideas we talked about.

1. Get Aztlan shirts, Aztlan hats, and other Aztlan branded clothing into Brick and Mortar: Getting the Aztlan shirts, Aztlan hats, and other Aztlan clothing into brick and mortar is one way we both agreed sales could be increased. Of course, as a startup clothing company, this is never easy. Having ran an online clothing shop myself, I spent countless days walking the beachfront t-shirt shops of Venice beach trying to get the owners of those stores to carry my apparel. Out of 100 stores, you might get 1 yes, and the terms of that yes might be prefaced with some unappealing consignment clause. But, for me, even 1 yes a month meant the business was growing.

In Bobby’s case he’ll be creating a binder with all of his designs and then (starting locally) he’ll visit stores where he think his clothing would be a good match. He’ll test this out with a few stores a week. It’s going to be a long process but the goal is to have at least 5 accounts by June 2015.

2. Online awareness/Feedback: Bobby is an entrepreneur, but he’s not really a computer/internet guy. This was confirmed when he said, “Reddit? Never heard of it.” The problem is, it’s pretty much impossible to have a successful web business unless you take advantage of the numerous tools offered to web entrepreneurs to bring exposure. One of the areas we’ll be looking at is Reddit. The plan will be to launch a thread announcing the movement and asking for feedback and support. This will give the business some additional exposure, allow others to get involved with the movement, and most importantly allow Bobby to get some great feedback from other entrepreneurs.
3. Social Media: One of the biggest advantages that Aztlan has is that as a social movement, it’s naturally a social company. Because of this, it has been able to build out nice social media following. From here, the goal will be to leverage this following by providing more updates and awareness around the social side of the movement. In order for people to understand what this movement is about there needs to be more social updates about the movement itself. Being more social about things they are doing will also allow people to more easily become involved in the movement.

4. Site Changes/Design: There are a few things we’ll be looking to do to the site to increase the number of conversions. First and foremost, we’ll be looking into a new design. Instead of spending a ton of money on a complete redesign and rebuild, we’ll find a theme and customize it. Bobby will also be adding more products and I’ll look at making the user flow more simplistic.

5. Doing even more for the community: For Bobby the idea for this business has never been about making money. Instead, he’s always conveyed to me that spreading positivity is the central goal of Aztlan Industries. Because of that, even if it means sacrificing sales and profitability, having a positive impact on the community will still be the primary mission of the company. This means more charitable donations, more community organized events, and setting up an official non-profit organization.

So with these processes and goals in place, I’ll check back in about 3 months with an update. It should be fun to watch.